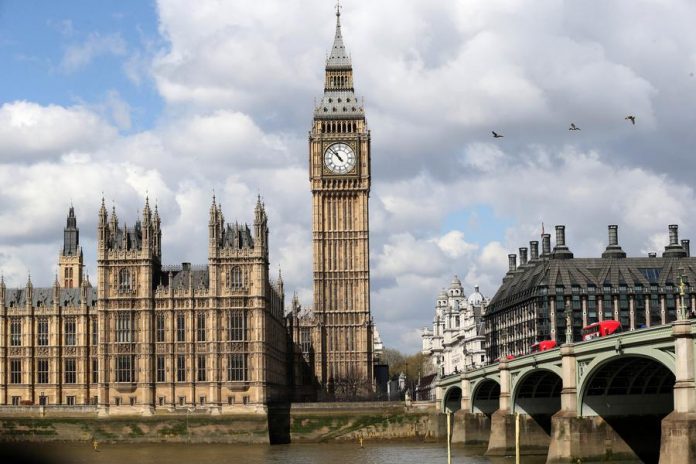 At noon on Monday, the iconic Big Ben clock tower made its last regular chimes as the clock tower falls silent for four years until 2021 to carry out essential repairs and maintenance.

The tower will still chime on special occasions such as Remembrance Sunday and on New Year’s Eve. The tower will be silenced to protect the workers’ hearing as they carry out the repairs.

The work will repair the clock faces and mechanism, cracks in the tower’s masonry and corrosion in the roof, as well as restoring the edging around the clock faces to their original 19th-century colour.

A lift will also be installed as an alternative to the steps up the tower and the lights illuminating the clock will be replaced by low-energy LEDs.

“Big Ben” is the name of the bell, while the 315-foot (96-metre) tower holding it is the Elizabeth Tower. It was designed in neo-Gothic style by parliament architect Augustus Pugin and was completed in 1856.

The Big Ben, also known as the Elizabeth Tower, has been constructed using cast iron girders, stone and granite sourced from across the United Kingdom. Additionally, the interiors were constructed with Caen stone sourced from Normandy, France. The tower was constructed from the inside outwards, removing the need for external scaffolding while construction.