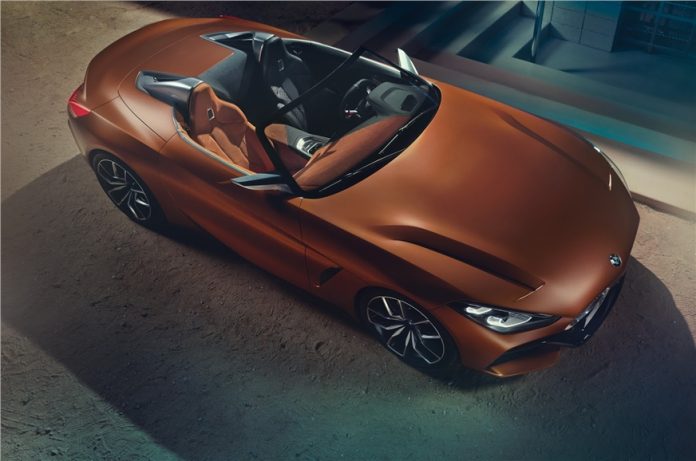 BMW is renowned for its beautiful concepts that marry the beauty of design with the latest technologies. The German manufacturer did this with the 8 Series concept a few months ago and is back at it again. This time BMW has debuted the Z4 Concept.

The Z4 Concept was revealed at the Pebble Beach Concours d’Elegance in California, showing off the two-seater soft-top to the public ahead of the official unveiling of the production model at the Geneva motor show in 2018.

The Z4 Concept is also the model that has been developed through a joint engineering programme between BMW and Toyota. Toyota will be reviving the famed Supra model as part of this partnership.

While just a concept model, the Z4 Concept provides significant clues to what the production model will feature. Chief amongst these is the redesigned kidney grilles that made its debut on the 8 Series Concept and appears to be becoming a standard feature with the concepts BMW is creating and signals a high degree of commitment to this style.

Other design flourishes are also likely to be toned down as the car gets closer to reveal. While the design may change, it’s what’s inside that will also excite BMW fans. The Z4 will be powered by two engine options at launch: the sDrive20i with 183hp and the sDrive30i with 251hp. As with every BMW model, it is safe to expect a very hot M version of the roadster.