Thrilling start to the PL season; check out what’s in store this weekend | Newsmobile
Friday, August 12, 2022

Home Home Slider Thrilling start to the PL season; check out what’s in store this... 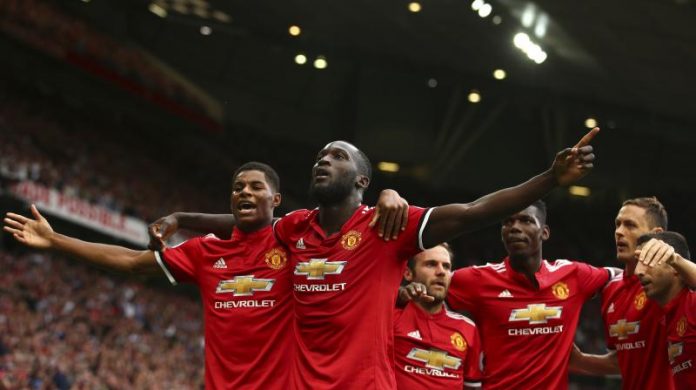 The Premier League kicked off with Arsenal vs Leicester City and the PL fans could not have asked for a better start to the season. Arsenal’s new signing Alexandre Lacazette found the net with a header on his PL debut inside only two minutes. But Shinji Okazaki ensured a tight contest when he headed in from close range, only three minutes later. Jamie Vardy converted a superb Marc Albrighton cross to put the Foxes 2-1 up. Danny Welbeck scored in the stoppage time of first half before Vardy restored it again towards Leicester’s advantage with a header from Riyad Mahrez’s corner on 56 minutes. But Ramsey struck from a Granit Xhaka cross on 83 minutes and Giroud’s header went in off the crossbar from another Xhaka delivery two minutes later to settle a nail biting finish. A perfect delight for the fans who were eagerly waiting for the PL kickoff.

The first PL Saturday brought another tight finish game between Watford and Liverpool. Miguel Britos scored a stoppage-time equaliser for Watford as they frustrated Liverpool on opening day. Goals from Stefano Okaka, Abdoulaye Doucouré had previously given Watford early lead only to be levelled twice by Sadio Mane and Roberto Firmino(p) from Liverpool. Two minutes later, Salah put Liverpool ahead, bundling in Firmino’s chip and Liverpool fans were delighted only to be left heartbroken in the dying moments of the game.

Two high tension games in the opening week were much more than a PL fan could have asked for and to everyone’s surprise, last year’s Champions Chelsea were left thunderstruck by Burnley. It all started in the 14th minute when Gary Cahill was shown a red card for his reckless challenge on Steven Defour. Sam Vokes gave Burnley the lead in the 24th minute, volleying in Matthew Lowton’s cross.

ALSO READ: This European footballer married an Asian Princess, all you need to know

Stephen Ward doubled the lead 15minutes later with a fierce shot after a swift one-two with Jack Cork. Burnley made it 3-0 before half-time when Vokes headed in Defour’s free-kick. Chelsea entered the second half looking rejuvenated and hungry for a comeback. The new Chelsea signing Alvaro Morata, the second-half substitute, nodded in Willian’s cross in the 69th minute. Chelsea’s hopes of a comeback were hit when Cesc Fabregas received a second yellow card, also the second red card for Chelsea. David Luiz’s late goal from Morata’s flick proved to be just a consolation.

Unlike Chelsea, arch rivals Manchester United kicked off their season with a bang against West Ham United. Romelu Lukaku scored twice on his Premier League debut; one in both halves.

Anthony Martial slid the ball past West Ham debutant Joe Hart after a superb Mkhitaryan pass making it 3-0. And then Paul Pogba rounded off the win with a sensational long-range strike after Martial’s pass taking Man United to the top the PL table with a Goal Difference of 4 goals.

This weekend Man United fans would be looking forward to Swansea vs Man Utd. from Liberty Stadium, Swansea hoping to see Man United stay on the top of the table for as long as they can.

Liverpool vs Crystal Palace at Anfield would be an interesting encounter to witness as Liverpool fans and Klopp’s men will be hoping for their first PL victory.

Arsenal is travelling to Stoke City for their second game and Arsene Wenger’s men will look to keep up with the form after their last game’s positive result.

Then on Super Sunday, it is the Mega London Derby, as Spurs will take on Chelsea at the Wembley Stadium. This will be the first PL match played at Wembley Stadium and it will be the 58th different stadium to host a match in the competition. Chelsea have lost only two of their last 17 matches in all competitions against Tottenham Hotspur (W8 D7 L2). But Spurs haven’t lost a Premier League London derby at home under Mauricio Pochettino (W9 D4 L0). Chelsea are looking to avoid becoming the first reigning champions to lose their opening two matches of the following PL season.