Home Home Slider This European footballer married an Asian Princess, all you need to know 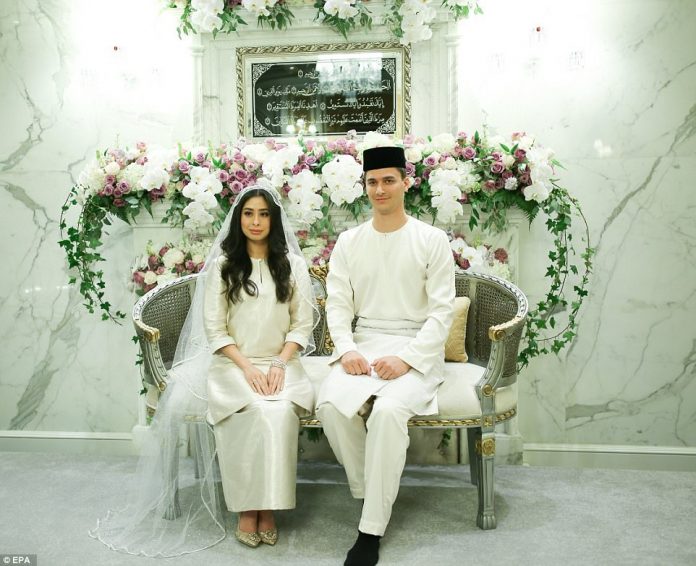 The daughter of one of Malaysia’s powerful royal families has tied the knot with her Dutch fiance in a traditional ceremony. The bride, Princess Tunku Tun Aminah Sultan Ibrahim, the only daughter of the Sultan of Johor, married Dutchman Dennis Muhammad Abdullah, a former semi-professional footballer from the Netherlands.

Dennis converted to Islam, leaving behind his Christian name Dennis Verbaas and adopting Dennis Muhammad Abdullah. Dennis currently works for a property development company in Johor. The couple first met when Dennis was working as a marketing manager for a football team in Singapore.

The couple married according to traditional Muslim Malay custom at the Johor royal family’s residence, the Serene Hill Palace, in Johor Bahru, Malaysia. The private ceremony was attended by close family and friends.