Home Face Off The Red Devil 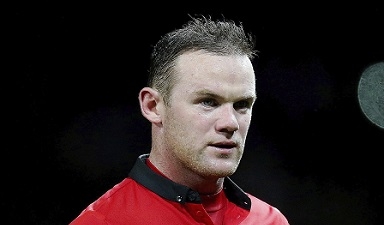 Ripples of the boy wonder’s talent were seen when he was nine years old as he scored 99 goals for a local junior league team.

Powerful striker, innovative playmaker and symbol of never-say-die spirit, he lit up the back pages of newspapers becoming one of the greatest footballers for England.

He is endorsed by Nike and EA Sports, and has written multiple books for HarperCollins Publishers.

Wayne Mark Rooney was born on October 24, 1985 in Liverpool. He was brought up as a Roman Catholic.

From an early age, Rooney’s talent on the field was hard to miss. He scored 99 goals for a local junior league team at age 9, catching the attention of a scout with the Everton Football Club.

Rooney signed with Everton and made his professional debut in 2002. Two months later, aged 16, he showed his penchant for scoring and coming up big in important games when he became the youngest-ever goal scorer in Premier League history.

In 2004, Rooney signed on with Manchester United after his new team paid Everton a transfer fee of roughly $48 million. It was the highest fee ever paid for a player under 20 years old

The move was seen as treason by Everton fans, and when he later returned to play against his old club, he was roundly booed by his former supporters.

Rooney made his debut for United in 6-2 win in a UEFA Champions league match scoring a hattrick. His first season with the team ended without winning a trophy as they could only manage a third place finish in the league.

Over the next five seasons, Rooney steered United to four Premier League titles. He also helped his club win the 2008 UEFA Champions League and scored the winning goal in the 2008 FIFA Club World Cup.

Rooney also became the youngest player ever to play in 200 Premier League games in 2008. The following season he became just the 20th player in team history to score more than 100 goals for the franchise.

The 2009-10 season turned out to be a terrific season for Rooney as he plundered 34 goals in 44 games in all competitions for United, a feat that he later matched in the 2011-12 campaign.

He spearheaded United’s forward line in style and scored the winning goal in the 2010 League Cup final.

Rooney became the youngest player to play for England when he earned his first cap in a friendly againstÂ AustraliaÂ in 2003, aged 17.

This came after Rooney ignored calls from Irish supporters to play for the Republic of Ireland, for whom he is eligible to play as his grandmother was born in Ireland.

His first tournament action was atÂ UEFA Euro 2004, in which he became the youngest scorer in competition history. He scored four goals was named in the UEFA’s Team of the Tournament.

He did not enjoy a good campaign in the 2006 FIFA World Cup as he was sent off in the quarterfinal tie against Portugal.

In the 2014 World Cup, Rooney broke his world cup duck, scoring his first world cup goal in a 2-1 defeat against Uruguay. However, England was knocked out in the group stages for the first time since the 1950s, capping a disappointing campaign.

Rooney married Coleen Rooney in 2008 after six years of dating. The couple has two sons. He has a tattoo of the words “Just Enough Education to Perform”, the title of an album by his favourite band, the Stereophonics; Coleen arranged for the group to play at their wedding reception.

In addition to Everton, Rooney also supports Celtic. He is also a supporter of the Leeds Rhinos rugby league club.

In 2006, Rooney was awarded £100,000 in libel damages from tabloids ‘The Sun’ and ‘News of the World’, who had claimed that he had assaulted Coleen in a nightclub. Rooney donated the money to charity.

Rooney has endorsement deals with Nike (he is the face of their T90 Laser IV boots), Nokia, Ford, Asda, and Coca-Cola.

In 2006, Rooney signed the largest sports book deal in publishing history with HarperCollins, who granted him a £5 million advance plus royalties for a minimum of five books to be published over a twelve-year period.

In October 2010, Rooney was dropped by Coca-Cola from one of its advertising campaigns following issues surrounding his private life.

In 2012, Rooney was listed as the fifth highest-paid player in the world.