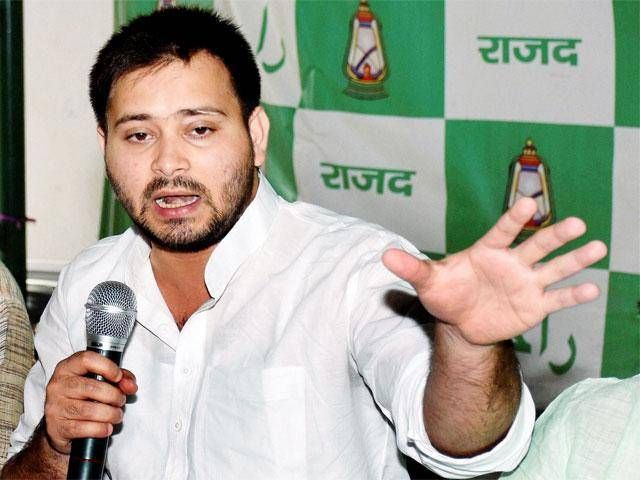 Patna (Bihar) : Former Deputy chief minister of Bihar Tejashwi Yadav on Saturday, while condemning the death of over 60 children in Gorakhpur’s Baba Raghav Das Medical College’s hospital, said it is nothing less than a murder, adding that the government must take responsibility.

“This is nothing less than murder. The Bharatiya Janata Party (BJP) only speaks about progress but does not look into the ground reality of the situation. The government is not in control of anything in the state,” Tejashwi told the media.

He further alleged the BJP of being ‘two-faced’, adding that rather than looking into the matter, they are trying to suppress it.

“Chief Minister Yogi Adityanath should have immediately sacked the health minister, or he himself should have resigned after this incident. Rather, the government is trying to suppress the matter,” said Tejashwi.

Citing a similar situation in Bihar, Tejashwi urged that awareness camps should be more frequent in order to keep the public informed about various diseases and remedies and medication available to tackle these.

As many as 30 lives have been lost in a span of 48 hours due to alleged disruption in the supply of liquid oxygen in the hospital. A total of 63 deaths have occurred in six days.

The shortage of oxygen allegedly led to encephalitis, which is a sudden onset inflammation of the brain, following which the children died.

According to data procured from the BRD hospital, in five days – from August 7 to August 11, a total of 60 deaths have occurred in the hospital.