Here are the five hottest fashion brands in the world | Newsmobile
Thursday, July 7, 2022

In an era where shopping is just a click away, and where brands have laid themselves underneath the feet of the buyers, being on top has become tougher than ever before.

New data compiled by global fashion search engine Lyst and The Business of Fashion has revealed the ‘hottest’ fashion brands in the world right now, reports the Independent.

By creating a formula that analyzed the fashion houses via search, page views, engagement, and conversions over the second quarter – April to June, more than 65 million annual consumers were tracked, along with four million products and 12,000 brands.

And here are the five hottest fashion brands in the world right now:

Knocking trendy streetwear brand Vetements off the top spot, it was Alessandro Michele’s maximalist-magpie aesthetic that saw Gucci come in at first place. Rising three places in the ranking, it not only topped the list but was also ranked highest in the ‘Top Products’ report, taking four spots out of a possible 10. 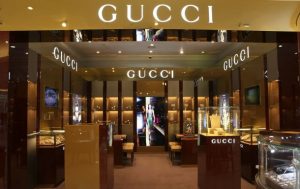 But why? According to Business of Fashion, the brand’s success is all down to Michele’s ability to connect with millennial and Gen-Z consumers.

Following Gucci on the list was Yeezy, who stayed a non-mover at second place, thanks to the buzz surrounding its footwear offering. 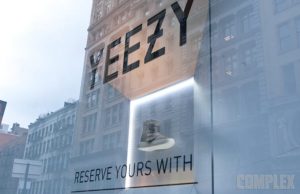 Balenciaga leaped from ninth to third place taking Demna Gevalia’s street-wear attitude to couture. This, the research shows, is thanks to the brand’s fashion-insider take on branding including, which included riffs on Bernie Sanders’ presidential campaign. 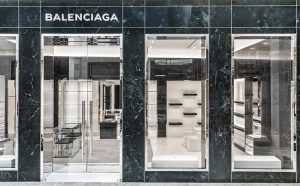 Vetements, fell dramatically from first to fourth place while Givenchy leaped seven spots from twelfth place to round out the top five. 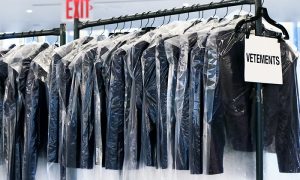 The list also ranked the top-selling products globally, announcing slides as the ‘hottest’ trend of the summer with versions from Gucci and Givenchy outselling trainers from cult brands like Common Projects and Comme des Garcons.

New entrants into the list included the small version of Chloe’s ‘Nile’ bag, which was the second-highest new entry and the only handbag to make the list.

While only two ready-to-wear items made the cut in the form of Gucci’s pussy bow silk crepe de chine dress and Diane Von Furstenberg’s Serafina dress.