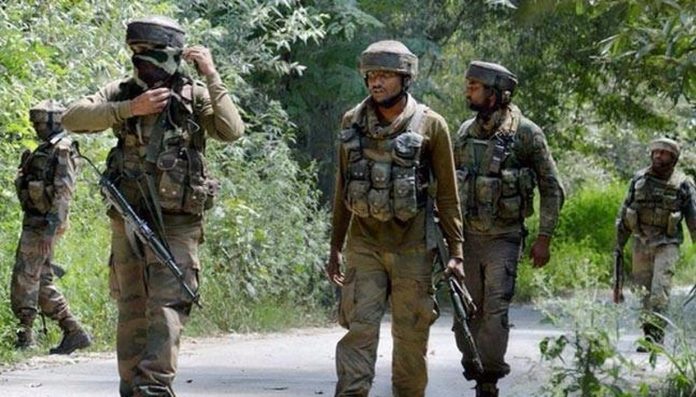 Three terrorists were killed in an encounter by the security forces in Pulwama‘s Tral district on Wednesday. The bodies of the killed terrorists have been recovered from the site where the search operation took place.

The forces started a search and cordon operation at Gulab Bagh area in Tral after getting inputs from the sources. During the search operation, terrorists started firing towards the forces which resulted in the encounter of the terrorists. The terrorists belong to Zakir Musa’s group, Anwar Ghazwat, UI-Hind.

The operation was held jointly by CRPF, Army and Jammu and Kashmir Police. “We recovered 2 AK 47s and the neutralized terrorists were from Zakir Musa’s group,” said Muneer Khan, IGP Kashmir.