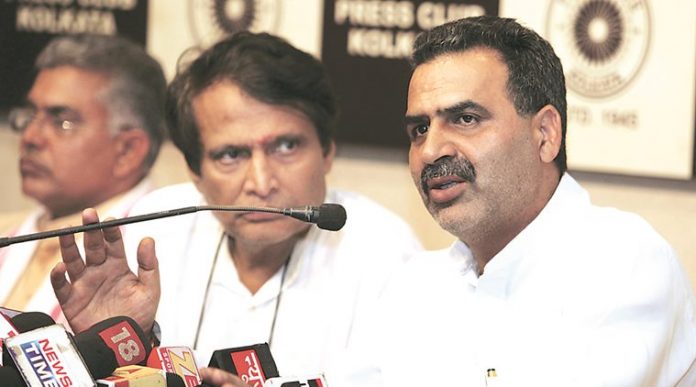 New Delhi [India], Aug 09: Union Minister Sanjiv Balyan on Wednesday welcomed the affidavit filed by Shia Waqf Board in the Supreme Court stating that a mosque can be constructed at distance from disputed Ayodhya site.

“The affidavit by Shia Waqf board is worth welcoming. This issue has been pending in the court for so long. This affidavit is a big step towards this matter,” Balyan told the media.

In a major development, the Shia Waqf Board on Tuesday filed an affidavit before the apex court in which it stated that a mosque can be constructed at a place near birth place of Lord Ram in Ayodhya.

ALSO READ: Shia Waqf Board to SC: Mosque can be built near Ram Temple in Ayodhya

“Since, the Babri Masjid was a Shia Waqf, we are alone entitled to negotiate and arrive at peaceful settlement with other stakeholders,” Shia Waqf Board said in its statement.

However, in the year 1961 the Sunni Central Waqf Board also filed a lawsuit, demanding possession of the site and removal of idols from the mosque premises. Reportedly, the board had earlier decided to become a party in ongoing litigations in relation to the Ramjanmabhoomi – Babri Masjid dispute.

The mosque was demolished by Hindu Karsevaks on December 6, 1992 in Ayodhya. The country witnessed massive riots in which over 2000 people were killed.

The Hindus claim that it is the birthplace of Lord Rama where a mosque was built in 1528-29 CE (935 AH) by Mir Baqi. Since the mosque was built on orders of the Mughal emperor Babur, it was named Babri Masjid.

Before it was demolished in 1992, the Nirmohi Akhara had forcefully occupied the Babri Masjid in 1853 saying it was Ram Janmabhoomi (Birth place of Lord Rama).