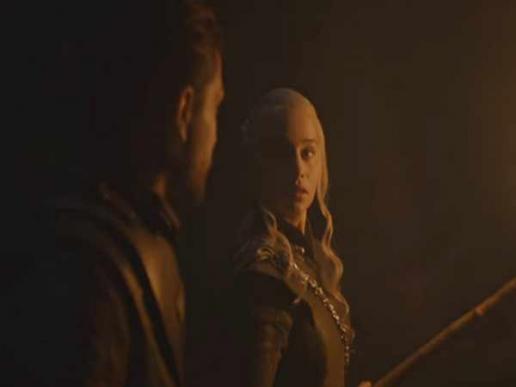 New Delhi [India], Aug 8: The ‘Game of Thrones’ executive producer, David Benioff, has recently spoken on Jon Snow and Daenerys Targaryen’s “complicated” attraction.
Addressing the conflict between Kit Harington and Emilia Clarke’s characters on the show, Benioff said in the HBO-produced Inside the Episode that Jon Snow is there for political reasons – he wants to get dragon glass and if possible, convince Dany to become an ally, while Daenerys wants Jon to bend the knee.

“There’s conflict and it’s a conflict between powerful people and then to make it all even more complicated, they’re starting to be attracted to each other. So much of it is not from dialogue or anything we wrote. It’s just the two of them in a small space, standing near each other, and us just watching that and feeling the heat of it,” Benioff said.

Talking about Daenerys, co-creator D.B. Weiss added, “She’s in a position where if she doesn’t step up soon and come up with a big win for her side, she’s going to lose this fight before it even begins.”

“I think she really feels the pressure of her situation more than she ever has before. It’s the fight she’s been waiting for her whole life,” he continued.