People will stand up against Article 35 (A): Farooq Abdullah | Newsmobile
Saturday, January 28, 2023

Home Politics People will stand up against Article 35 (A): Farooq Abdullah 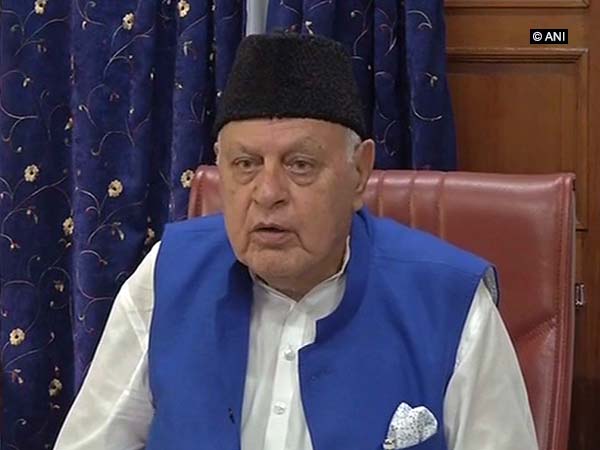 Former Jammu and Kashmir chief minister Farooq Abdullah on chaired a meeting of the opposition on Monday to deliberate the relevance of Article 35 (A), and said that the state is ready to stand up against it.

After the meeting at his residence, Abdullah said in a press conference that Article 35 (A), which provides special rights to the state, might harm the region of Jammu, Kashmir and Ladakh.

He said that the Opposition will take up the issue with the common people and ask them for their support.

“We’ll tell people about it and raise awareness and make sure that the people stand up against it. Don’t forget the Amarnath Yatra attack, people rose overnight; this will be a far greater revolt,” he said.

Abdullah also reminded Chief Minister Mehbooba Mufti about her promise to step down if 35 (A) is removed.

He added, “It’s important for people to know about it as people from other states come in to dilute our culture. The people are the masters and they should be the ones opposing it.”

Abdullah also accused the BJP and the RSS of trying to erode the autonomous structure of the state.

Apart from this, the minutes of the meeting, as revealed by a member of the Opposition, include talks on the implementation of the new Goods and Services Tax (GST), and discussions about the current situation prevailing in the Valley.

While it is perceived as a meeting to strengthen the Opposition and achieve greater consensus on these issues, the leaders are expected to discuss and opine on the latest developments in the state, in an attempt to instigate pressure on the ruling PDP-BJP government.

She said, “Any tinkering with the article will not be acceptable,” she said. “I will not hesitate in saying that nobody will even carry the corpse of the national flag in Kashmir [if the article is scrapped].”

She further said that opposing Article 35(A) would mean “weakening the forces who have accepted India”. “They make efforts to integrate Jammu and Kashmir with India with respect and dignity,” Mufti said. “You are weakening them.”