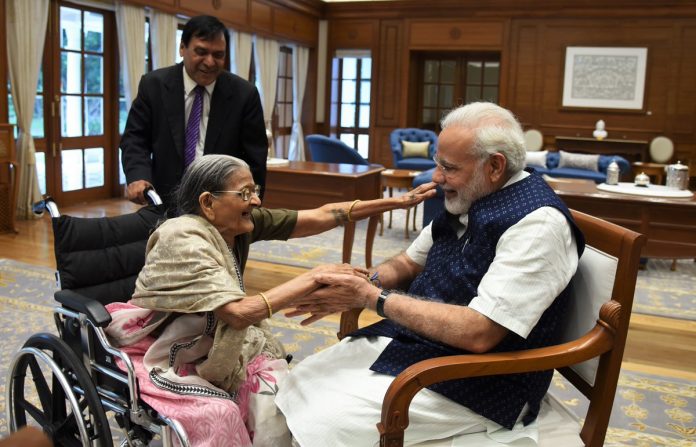 Devi was extremely happy and delighted to meet Prime Minister Modi when she visited his official residence at Delhi’s Lok Kalyan Marg . She had lost her brother 50-years-ago whom she misses dearly.

Smt. Sharbati Devi was extremely delighted to meet the PM & tie a Rakhi. They had a wonderful interaction today. pic.twitter.com/eBscaolvOG

Earlier in the day, Prime Minister Modi had also met few widows from Vrindavan and students who tied home-made rakhis.

On this special occasion of Raksha Bandhan, Prime Minister Modi took to twitter and wished on social media.