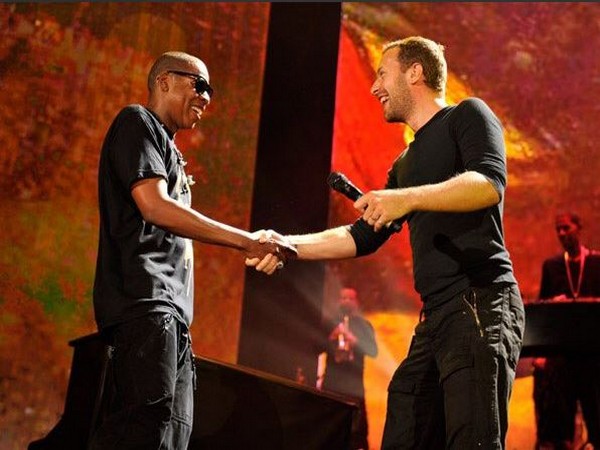 Looks like rapper, Jay-Z is a big fan of Coldplay’s frontman, Chris Martin.

According to the rapper, who dropped his latest album ‘4:44’ in July, praised his friend and described him as a “genius” and should be regarded as a “modern-day Shakespeare”.

While talking in an interview, he said, “I have been in the industry long enough to know when I’m in the presence of a genius and Chris Martin is just that.”

“In years to come, Britain will look back at him as a modern day Shakespeare. He is an incredible recording artist, an incredible songwriter, but where he really comes alive is performing live. If you get the chance to see Coldplay live, do it – you ain’t gonna regret it,” he added.

The friendship of the two artistes is well known, but the rapper said his praise for Martin has “nothing to do with our friendship”.

Both the artists have previously collaborated on Beach Chair from Jay-Z’s 2006 album Kingdom Come.

The duo also headlined a New Year’s eve show in New York in 2012. Jay-Z rapped on Coldplay’s ‘Lost+’, from their Prospekt’s March EP.

Jay-Z was recently in the headlines for releasing two new bonus tracks from 4:44, with a guest spot from his daughter Blue Ivy.

James Blake also features on one of the songs, released on Tidal.