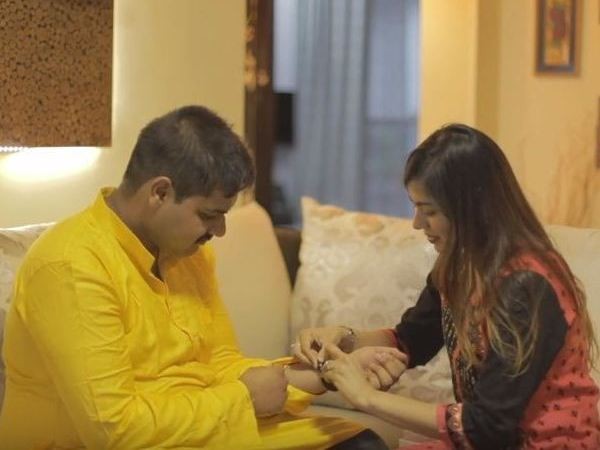 The increasing concern for fitness among people has now translated into our festivals too. A recent example of this is 25-year old Akriti, who, inspired by her fitness journey, has decided to celebrate Raksha Bandhan in a non-conventional way by tying her brother a fitness tracker wrist band instead of Rakhi.

A passionate dancer since the age of four, Akriti had picked up belly dancing, freestyle, and jazz until a severe ligament injury, followed by seven subsequent feet injury, thwarted her hobby when she was only thirteen. The resultant bed rest and lack of activity led her to gain weight which continued for a long time until a point came where she decided to get back in shape.

“I knew I had to lose weight then because I couldn’t be dancing up there that way”, says Akriti.

She juggled both her work and fitness regime by practicing her dancing in the morning and hitting the gym in the evening. Additionally, she also started following a healthy diet with the help of a fitness app called HeaalthifyMe. Now, six months into her journey, she has lost 15 kilos.

Inspired by her success, this Raksha Bandhan, she decides to do away with the Rakhi to tie her brother the HealthifyMe RIST, a wrist tracker linked to the app. She is excited to see how the weight loss journey enfolds for her brother.