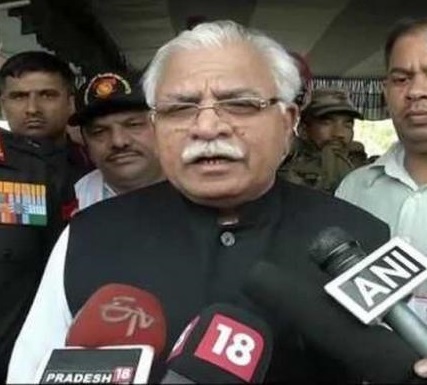 After the Opposition demanded action against Haryana BJP state president, Subhash Barala, after his son Vikas was arrested for allegedly stalking a woman, state Chief Minister, Manohar Lal Khattar said it was not right to punish the minister for his son’s crime.

“I came to know about this incident. Chandigarh Police has filed the complaint and I believe they will take appropriate action. This matter is not related with Subhash Barala but with another individual. So, action would be taken against his son,” Khattar told media.

Vikas, was however, granted bail the same day.

Also Read:  We salute the Chandigarh girl Varnika Kundu, here is her story of courage

A case was registered by the Chandigarh Police against Vikas and other youth under under Section 354 D (stalking) of the Indian Penal Code and Section 185 (Motor Vehicle Act) of the CrPC on the basis of complaint filed by the girl.

The girl, who is the daughter of an IAS office, alleged that Vikas and the other youth chased her on their bike in an inebriated state in Chandigarh’s Sector 26 area.

Following the incident, the Congress urged the state government and the police to do the needful.

“This is an unfortunate incident. Now, the law and order should take its own course. The government and the police must act,” Congress leader Ashok Tanwar said.