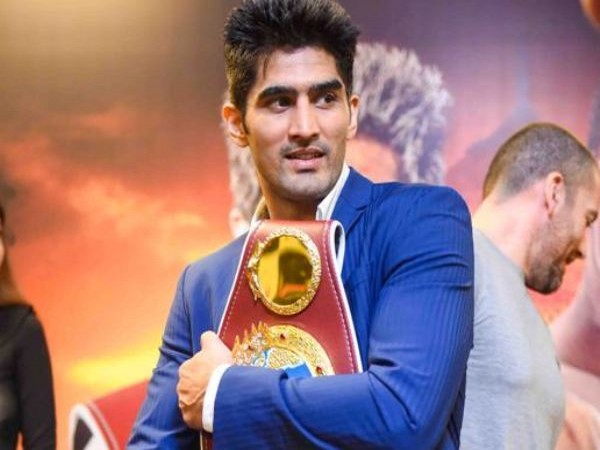 Both boxers will have a chance to claim double titles in this winner-takes-all “Battleground Asia” fight. Whoever wins the bout takes home his defended title along with his opponent’s title.

Speaking about the much-awaited encounter, Vijender had earlier trolled his opponent and said that he would try to finish the bout as soon as possible as “Chinese product don’t last long”.

Zulpikar, on the other hand, had said, “I am very well prepared to face Vijender in the ring, I am confident of my body, my techniques and my mental calmness.”

Vijender, who remained unbeaten since his debut in professional boxing, has also fought eight bouts, last one being against former world number one boxer Francis Cheka from Tanzania where he defended his title.

Vijender clinched his first title in July 2016 against Kerry Hope of Australia, becoming the WBO Asia Pacific Super Middleweight Champion. He has 30 rounds under his belt, which gives him a slight edge over his opponent, who has fought 24 rounds till now.