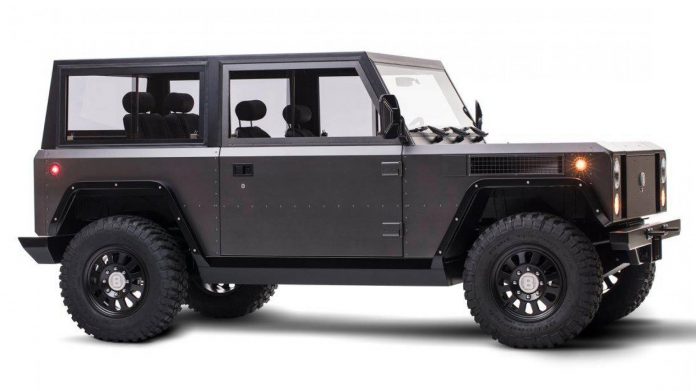 With electric vehicles gaining immense traction among people as the world looks to shift away from gas-guzzling cars, it was only a matter of time before a proper off-road SUV received the electric treatment.

The Bollinger B1 wouldn’t be an off-roader if it couldn’t wade through water. In this regard, the B1 can wade through 3.3 feet of water for 30 minutes thanks to the batteries and electronics being sealed. So there should be no worries of water ruining the electric systems.

Speaking of the electric systems, the B1 has twin electric motors driving the front and rear axles, making the SUV an all-wheel drive SUV. The motors dish out 360bhp and 472 lb ft of torque, which means the 1.8 tonne SUV can go from 0-100 kmph in around 4.5 seconds and reach speeds of 200 kmph. The SUV will be specced with either a 60 or 100 kWh battery which will have a potential range of around 200 kilometers or 320 kilometer, respectively.

For now the company plans on selling the Bollinger B1 only in the US. With most countries announcing plans to shift away from fuel-burning to electric vehicles, the demand for electric SUVs could increase in the future.