Reacting to the Congress’ barbs and demand of launching a probe into the incident where party vice-president Rahul Gandhi’s convoy was allegedly attacked by unidentified men in Gujarat, Chief Minister Vijay Rupani has informed that a senior officer has been appointed to investigate into the incident in detail and assured that a strict action will be taken against the guilty.

The Govt has appointed Add DG rank officer to investigate the incident in detail & will take strict action against those found responsible. https://t.co/v58ltUs4ZS

Rupani had earlier taken to Twitter to condemn the incident and assure an inquiry into the same.
“I condemn the unfortunate attack on Rahul Gandhi’s convoy. I have instructed officers to take strict action against those responsible,” he tweeted.

I condemn the unfortunate attack on Rahul Gandhi’s convoy. I have instructed officers to take strict action against those responsible.

Rahul Gandhi took to Twitter and wrote, “Narendra Modi ji’s slogans, black flags and stones will not stop us…. We will put in all our might into the service of people.”

Also, earlier, Rahul visited flood affected areas in Gujarat where he was shown black flags by a group of protesters. 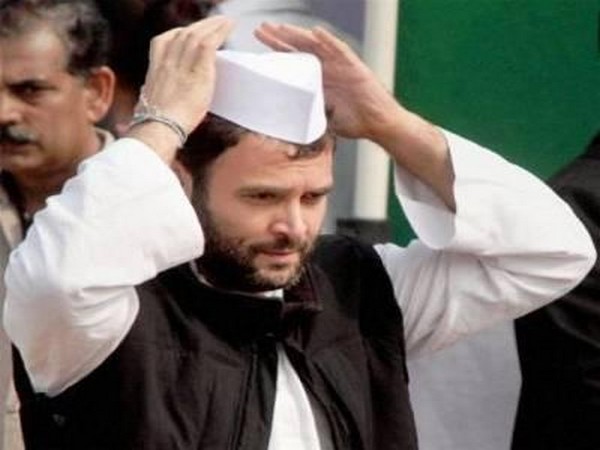 Addressing the villagers and the media, Rahul Gandhi said that he was in Assam the other day, Rajasthan on Friday and now in Gujarat.

Amidst his speech, few people waved black flags to which he asked the guards to let them in, and saying, “I don’t care.”

“It’s a difficult and grievous time for all of you and so I wanted to come amongst you all,” he said addressing the crowd.

In the wake of the attack on Rahul Gandhi’s convoy in Gujarat while he was on a visit to the flood-affected state, the Delhi Pradesh Congress Committee, under the leadership of Ajay Maken, will organise a protest march today commencing from Teen Murthi Bhawan to Gujarat Bhawan, Kautilya Marg at 2:30 p.m.