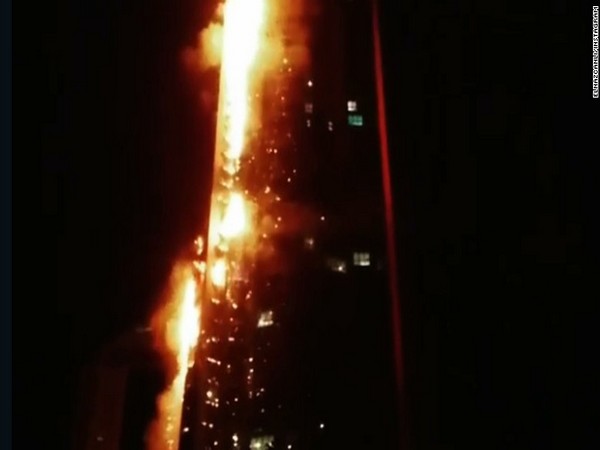 Dubai [U.A.E.]: The 79-storey Torch tower near Dubai Marina was set on fire and the firefighters have reached the spot to douse the flames, the Dubai Media Office said in the wee hours of Friday.

There were no immediate reports of injuries, the Dubai Media Office tweeted.

The Civil Defence Office said the building was successfully evacuated and the emergency responders were trying to bring the fire under control.

The Torch was the site of a fire back in February 2015 too.

The Torch was the world’s tallest residential tower when it was completed in 2011.

Meanwhile, severals video posted on the social media have shown a line of fire up one side of the building and falling flaming debris.