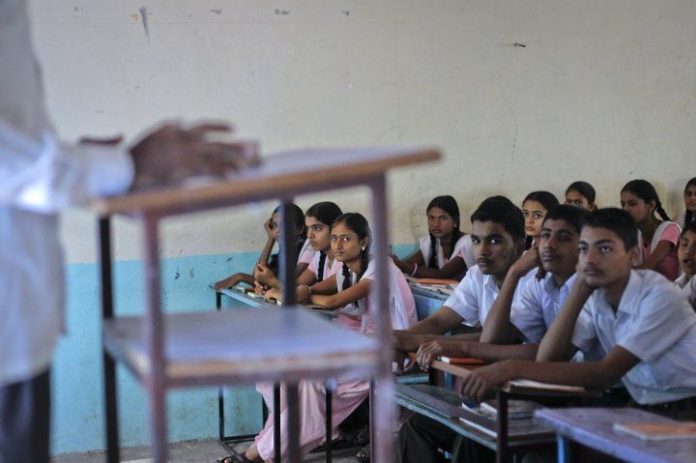 A school teacher in Haridwar was booked for stripping two girl students for not scoring good marks in an English test. The incident happened in JP International School in Landaura on 1st August said superintendent of police, Manikant Mishra.

ALSO READ: Two men arrested in plot to ‘bring down a plane with…

According to the complaint lodged by the parents of the girls, both are the students of class 6, the female teacher first scolded them for fetching low marks in the English paper and then made them take off their shirts in front of the class, he added. The matter was highlighted when both of the girls narrated what happened to them at the school and the parents made a ruckus on the school campus for continuous two days.

ALSO READ: ‘Are you a virgin?’ Patna hospital asks employees

The teacher was dismissed from service by the school subsequently and a FIR was lodged against her, the SP said. She was booked under section 509 (word, gesture or act intended to insult the modesty of a woman) of the IPC, he added.