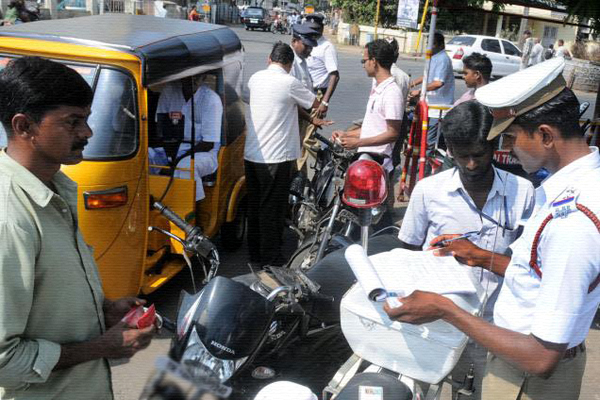 The Hyderabad police booked over a 1,000 cases within hours of introducing a new penalty points system on Tuesday. The new system will lead to automatic suspension of driving license after frequent traffic violations.

According to Hyderabad Traffic Police Joint Commissioner V Ravinder, the new system has led to 1,065 cases being registered on the first day itself with 1,188 points having been awarded to traffic violators.

Under the new system, motorists will be awarded penalty points ranging from one to five for different traffic violations under the Motor Vehicles Act. Once the motorist accrues 12 points in a period of 24 months, the driving license would be suspended for one year. Subsequent accumulation of 12 penalty points will lead to a two-year license suspension and then three-year suspension for the following 12 point accumulations.

The new system has been adopted in an effort to foster self-discipline among motorists while also improving safety and driving conditions during commuting in Hyderabad. This is the first instance of such a system being employed in India.