The Bugatti is the undisputed king of the sportscars. The latest from Bugatti, Chiron costs staggering Rs 20 Crore and it is definitely a car for the richest of the rich. Sportscars have a massive tank storage for their exhilarating performance and fuel burning capacity. Although people buying Bugatti would definitely won’t care about the average, America’s Environmental Protection Agency (EPA) decided to go ahead with its duty and officially released the fuel ratings of the most exclusive car on the planet. 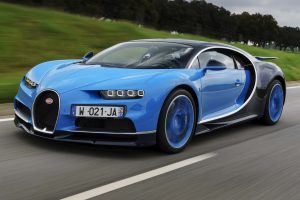 It’s a win situation for Bugatti as it has surpassed the economy of its predecessor by 25%. Despite its massive engine of 8.0-litre 16-cylinder engine developing an astonishing 1,500 horsepower and 1,180 lb.-ft. Chiron manages the average of 10 Kilometre per liter on Highway and 9 Kilometre per liter in the city. 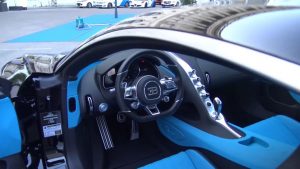 Keeping in mind the fastest production car on the road which can accelerate to more than 400Km/hr and can astonishingly reach 0-100 in just 2.3 seconds, Chiron’s average is surprising and is astonishingly better than few of the SUV’s on Indian roads.