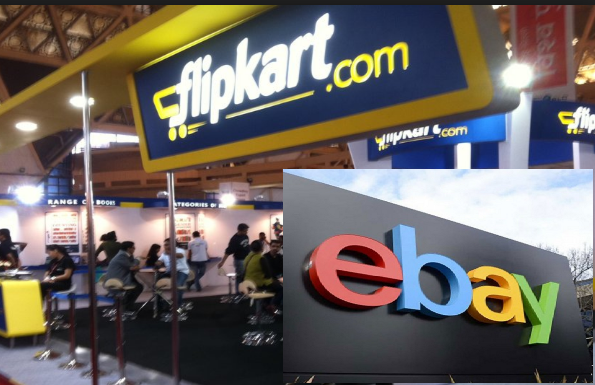 The deal was announced in April when the Flipkart Group raised USD 1.4 billion from eBay, Tencent, and Microsoft. In exchange for an equity stake in Flipkart, eBay had made cash investment and sold it’s eBay.in business to Flipkart.

Flipkart will own and operate eBay.in, which will remain an independent entity as a part of Flipkart. Additionally, both companies are also partnering to leverage opportunities in cross-border trade. As a result, Flipkart customers will get expanded product choices with the wide array of global inventory available on eBay, while eBay customers will have access to the unique Indian inventory from Flipkart sellers.

The partnership is slated to provide a new opportunity for Flipkart sellers to expand their sales globally.

“I’m delighted to welcome eBay.in, its employees, sellers, and partners into the Flipkart family. Being an early mover, eBay.in has a unique standing in the Indian e-commerce market, which is a great addition to Flipkart’s leadership position. Our coming together directly benefits Indian customers and sellers for whom we want to provide the best possible e-commerce experience. This is a step in that direction,” said Kalyan Krishnamurthy, CEO, Flipkart.

The merger sanction comes in the wake of the fallout between Flipkart and Snapdeal, as the latter chose to dissolve the merger that had been proposed earlier.

On Monday, the owners of Snapdeal reversed the merger which was to take place with Flipkart. Rather, with the money from the sale of Freecharge received (USD 50 million), the firm decided to sack around 1000 employees out of their present workforce of 1200, and carry forward with the remaining.

While the remaining employees are backing the Flipkart-Snapdeal merger, in an attempt to save their jobs, the frontrunners on the verge of losing power have decided to dissolve the same.

Flipkart has already offered two consecutive offers worth USD 800 million and USD 950 million, is one of the highest in the industry.

However, the founders have postponed the merger for the last two months citing various reasons.