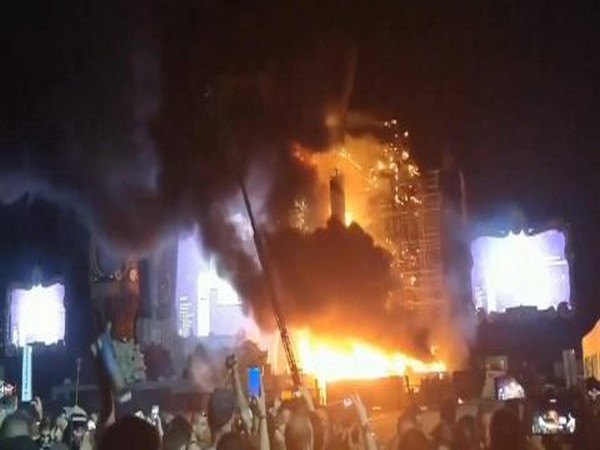 Barcelona [Spain]: More than 22,000 people were evacuated after a massive fire erupted on the stage at the Tomorrowland music festival in Spain.

According to a post on the Tomorrowland website, the fire was caused due to a technical malfunction.

No injuries or casualties have been reported as yet, the city’s fire officials said in a statement.

However, reports say that at least 20 people were treated for minor injuries and anxiety after fans at Barcelona’s Unite EDM festival were evacuated from the city’s Parc de Can Zam.

“At this time, the fire is totally extinct although very hot areas remain and the entire assembly structure is at risk of collapsing,” the statement said.

“The authorities will follow up and continue the investigation with the local Spanish organizer,” the post added.