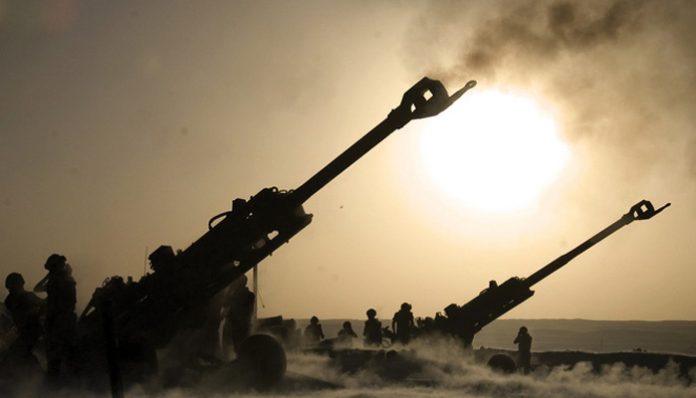 Speculation is rife that the politically sensitive Rs 64 crore Bofors payoff case will come up for substantial hearing in the Supreme Court soon, amidst a fresh media report suggesting a financial quid pro quo for the Rs 1,437-crore Howitzer gun deal in 1986.

BJP leader and advocate Ajay Kumar Agarwal, who had challenged the Delhi High Court’s May 31, 2005 judgment quashing all charges against the Europe-based Hinduja brothers in the case, said the matter was listed in the weekly list earlier this month, but could not be taken up.

He said the apex court may list the matter after its constitution bench completes hearing on the right to privacy matter and that he was also contemplating filing an application for an early hearing.

The apex court had on October 18, 2005 admitted his petition which was filed after the CBI failed to approach the top court with the appeal within the 90-day deadline after the High Court verdict.

The hearing will assume significance in the wake of the demand in Parliament by ruling BJP MPs for reopening of probe into the Bofors kick-back scandal after the media reports quoting Swedish chief investigator Sten Lindstrom’s suggested payment of alleged bribery at the top level.

Agarwal, who had contested the Rai Bareli Lok Sabha elections in 2014 against Congress President Sonia Gandhi, said he will also draw the attention of the apex court that he has written a letter to the Enforcement Directorate seeking investigation into the trail of the kickback money under the Foreign Exchange Management Act (FEMA), 1999 and the Prevention of Money Laundering Act, 2002.

In the July 28 letter to the ED, he claimed that the alleged crimes were committed continuously till the year 2006 when two London accounts held by Italian businessman Ottavio Quattrocchi, who has been accused as one of the middlemen in the deal, were de-freezed.

The BJP leader said he is writing a letter to the CBI asking it to file an affidavit of the facts and course of investigation into the case, as during the brief hearing on December 1, 2016, the agency had told the apex court that the authorities had not permitted it to file an appeal against the May 31, 2005 verdict.

Agarwal said he will try to convince the apex court through his petition that the “High Court had quashed the charges against the accused persons on technical grounds and the order was totally perverse which is liable to be set aside.”

Justice R S Sodhi of the Delhi High Court, since retired, had on May 31, 2005 quashed all charges against the Hinduja brothers — Srichand, Gopichand, and Prakashchand — and the Bofors company and castigated the CBI for its handling of the case saying it had cost the exchequer about Rs 250 crore.

Before the 2005 verdict, another judge of the Delhi High Court, Justice J D Kapoor (since retired) on February 4, 2004, had exonerated the late Prime Minister Rajiv Gandhi in the case and directed framing of charge of forgery under Section 465 of IPC against the Bofors company.

The matter was last listed on February 28 this year when it was adjourned.

The apex court had on October 18, 2005 allowed Agrawal to file an appeal against the high court verdict in the absence of any appeal by CBI.

The Rs 1,437 crore deal between India and the Swedish arms manufacturer AB Bofors for the supply of 400 155mm Howitzer guns for Indian Army was entered on March 24, 1986. The Swedish Radio on April 16, 1987 had claimed that the company had paid bribes to top Indian politicians and defence personnel.

The CBI on January 22, 1990 had registered the FIR for the alleged offence of criminal conspiracy, cheating, forgery under the Indial Penal Code and other sections of Prevention of Corruption Act against Martin Ardbo, the then President of AB Bofors, alleged middleman Win Chadda and Hinduja brothers.

The CBI had alleged that certain public servants and private persons in India and abroad had entered into a criminal conspiracy between 1982 and 1987 in pursuance of which the offences of bribery, corruption, cheating and forgery were committed to the extent of Rs 64 crore in the contracts for the supply of Bofors guns.

A special CBI court in Delhi On March 4, 2011, had discharged Quattrocchi from the case saying the country cannot afford to spend hard-earned money on his extradition which has already cost Rs 250 crore.

Quattrocchi, who fled from here on July 29-30, 1993, has never appeared before any court in India to face prosecution. He passed away on July 13, 2013. The other accused persons who have died are Bhatnagar, Chadda and Ardbo.