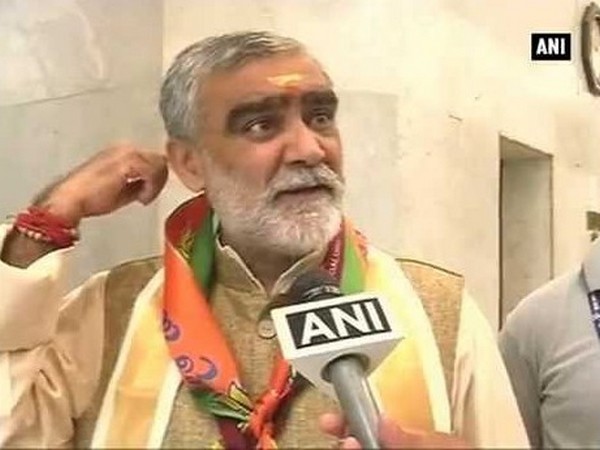 New Delhi [India]: The Bharatiya Janata Party (BJP) on Monday said that senior Janata Dal (United) (JD(U)) leader Sharad Yadav should not lose his faith on Prime Minister Narendra Modi as nobody engrossed in corruption would be spared.

“We admire Sharad Yadav and he has worked with the NDA Government as well. As a fellow politico, I will suggest Yadav to not lose hopes in Prime Minister Narendra Modi as he will bring back the black money from abroad as well as clear the corruption from the entire nation,” BJP leader Ashwani Choubey told ANI.

He further said that the BJP took the oath to make Bihar better and corruption free.

Earlier on Sunday, JD(U) leader Sharad Yadav hit out on the BJP for failing to keep the promise of bringing back black money stashed abroad.

“Neither black money stashed abroad returned, one of the main slogans of the ruling party, nor anyone caught out of those named in Panama papers,” Yadav took to twitter.

Yadav’s remark comes days after Bihar Chief Minister and another JD(U) leader Nitish Kumar quit the grand alliance with the RJD and the Congress and aligned with the National Democratic Alliance (NDA) and formed the government in the state.