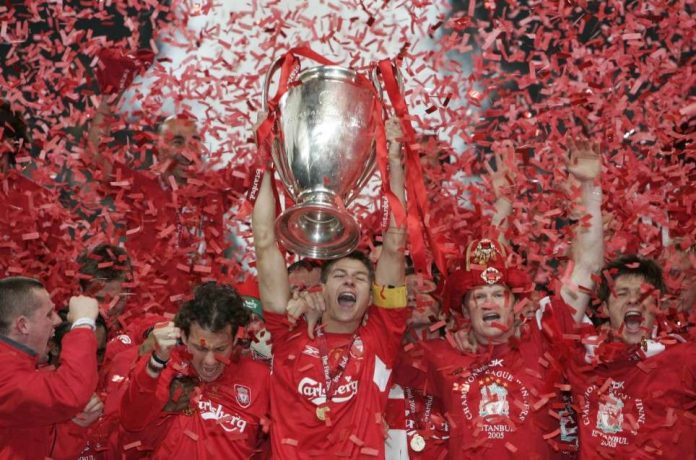 Read on about six football matches where history was made at nail biting endings. 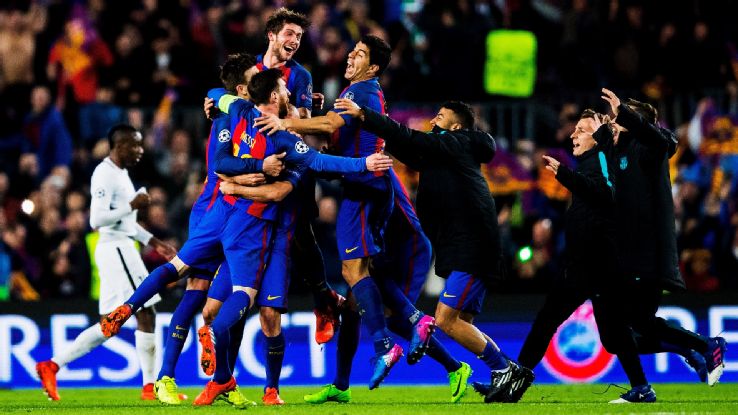 Barcelona claimed an unbelievable Champions League victory against Paris Saint-Germain that will go down in Football history as one of greatest comebacks of all-time. Sergi Roberto scoring in the last minute of stoppage time to seal a sensational 6-5 aggregate triumph after they had trailed 4-0 in the first leg and many believed that PSG had no chance to lose the next round spot to Barcelona at that point

Edinson Cavani’s away goal was believed to be the deciding goal after Barca had rushed into a three-goal lead, but the hosts scored three times from the 88th minute onwards at Camp Nou to complete the biggest turnaround ever seen in the competition, winning 6-5 on aggregate. Interestingly, a 5-5 draw would have seen PSG in the next round of Champions League on away goals. 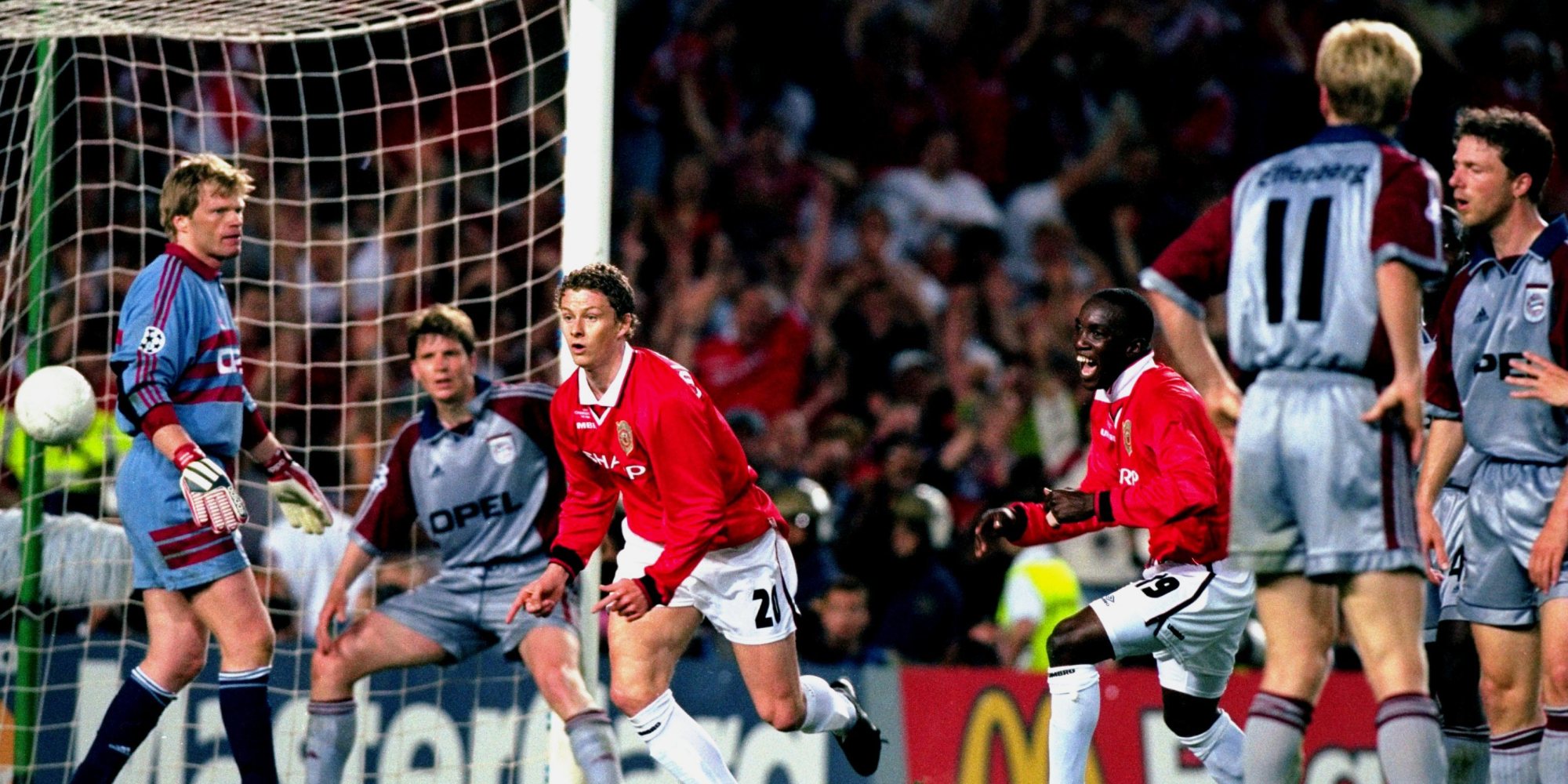 This is one game Bayern Fans chose to forget because of the painful memories. In an unexpected turn of events, two injury time goals from substitutes Teddy Sheringham and Ole Gunnar Solskjaer secured the European Cup for Manchester United in dramatic fashion after Bayern Munich had taken an early lead.

This win against the Bayern side who led from the front for the first 85 minutes of the game, saw United achieve what no English club has achieved – the treble of Premier League, FA Cup, and the European Cup. 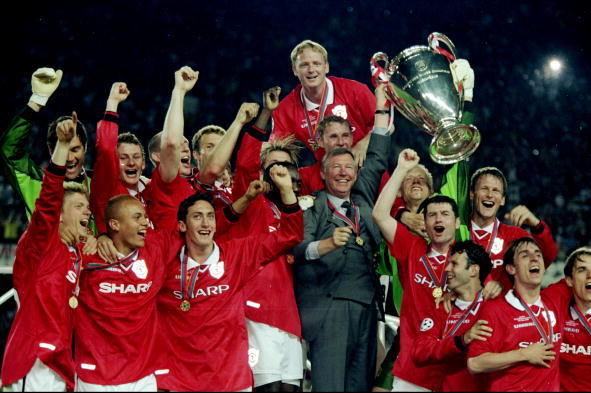 Three minutes of injury time was awarded after 90 mins and United looked dead and buried, despite a fantastic effort during the final quarter of the match.

But when Ryan Giggs converted a David Beckham corner back towards the goal, Sheringham steered it home to secure an unlikely equaliser.

The United fans went crazy with astonishment and what happened next made this match memorable for decades to come.

Right from the kick-off after the equaliser, United stole possession forcing another corner, with Solskjaer striking Sheringham’s header first-time into the back of the net.

The thrilling victory came on the day the Reds’ other European Cup winning manager,  late Sir Matt Busby, would have celebrated his 90th birthday. Ghana could have been the first African team to reach the World Cup semi-finals in the 2010 World Cup but, Luis Suarez came to the rescue of Uruguay in his typical controversial style. He literally made a save with his hand in front of the goal during the dying moments of the game and was shown a red card straight away. 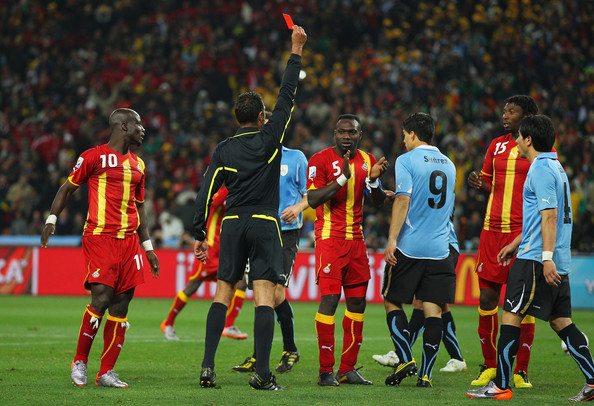 After being awarded a penalty with the score at 1-1, Asamoah Gyan hit the bar from the spot with the last kick of extra-time. Suarez celebrated that miss on the sidelines showing no regret over his red card.

Agonisingly for an entire continent, Ghana then lost a penalty shoot-out 4-2. 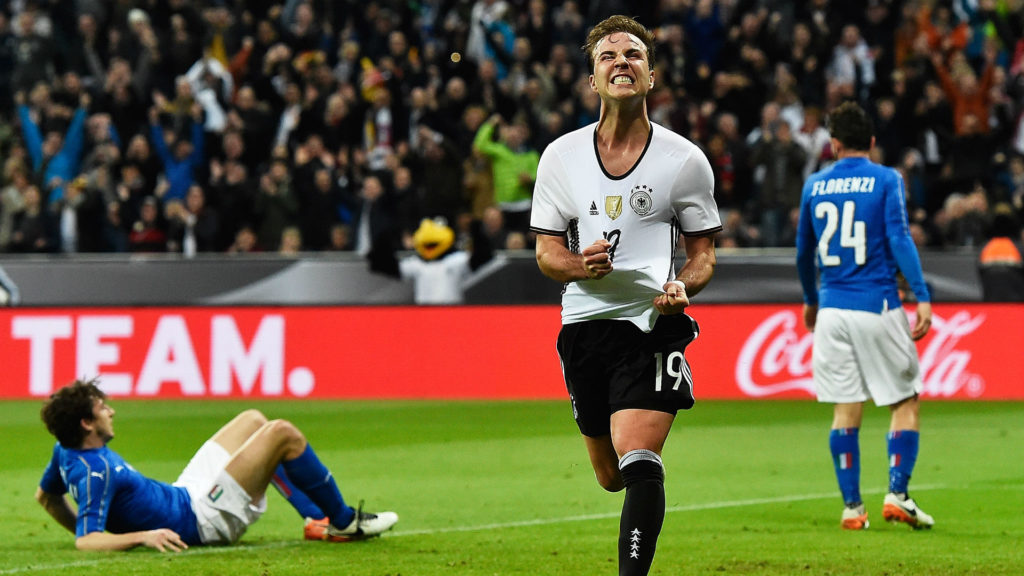 Germany upsetted Italy 6-5 in a wild, intense and a mammoth nine-round penalty shootout to advance to the semifinals at Euro 2016 after the game ended 1-1 after extra time.

Leonardo Bonucci’s 78th-minute penalty cancelled out Mesut Ozil’s opener for Germany. The quarterfinal was then decided from the penalty spot, where surprisingly both teams missed three times before Manuel Neuer stopped Matteo Darmian’s effort in the ninth round. 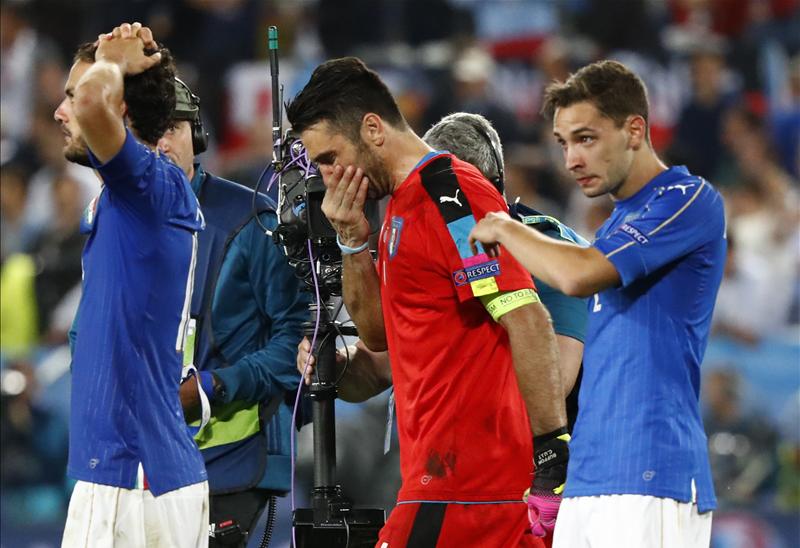 Jonas Hector scored the winning penalty to get Germany past the Italians for the first time in a major tournament, following four victories for Italy in knockout stages and four group-stage draws. 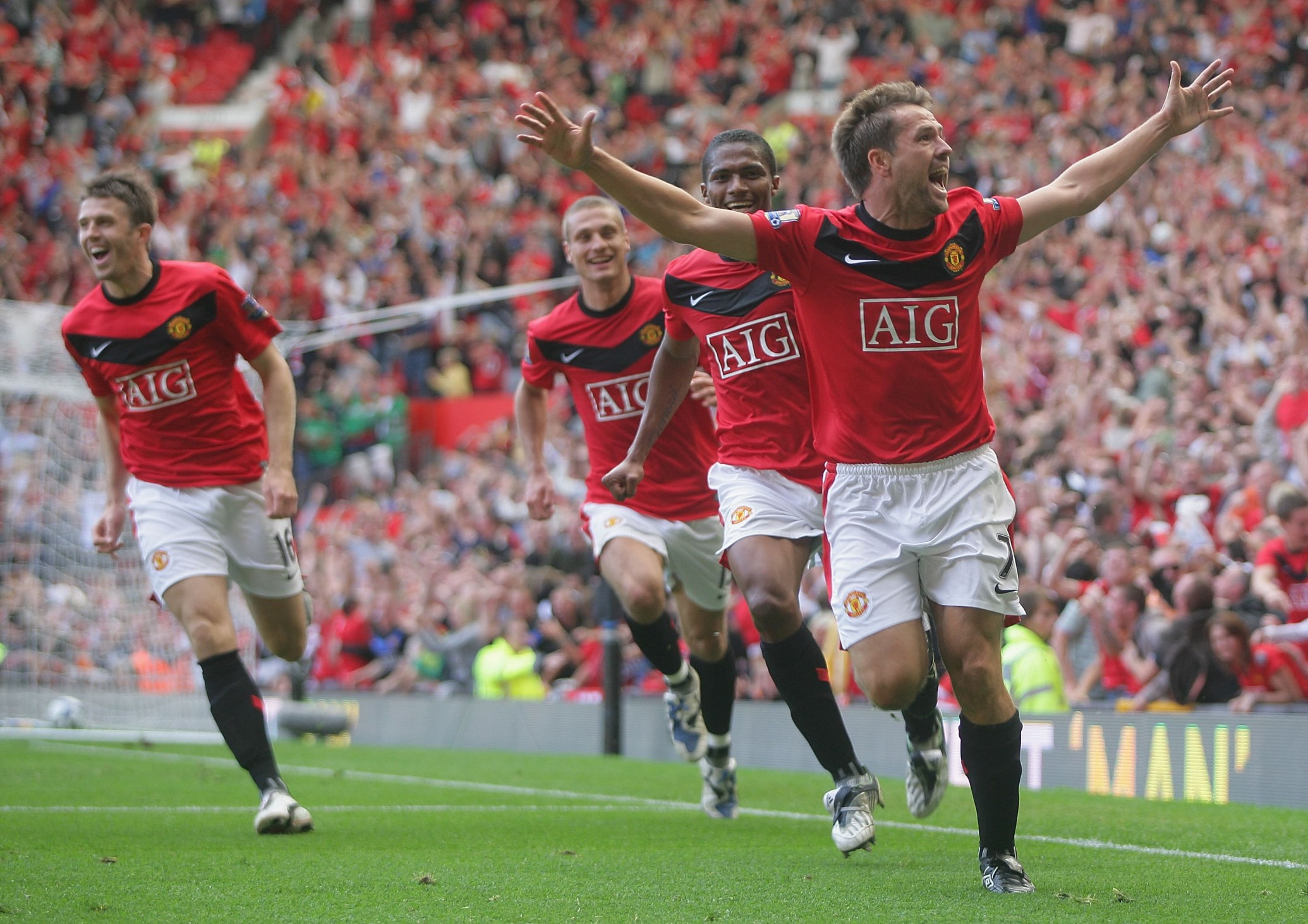 AN intense battle from the word go, this derby is one of the most hard-fought derby rivalry of Football history. This game was full of mistakes from both sides and saw the reigning champions taking the lead in the sixth minute of stoppage time. To this day Man City fans sulk over the loss and blame the referee who initially alloted a four-minute injury time after regular playtime of 90 minutes.
Man City, never backed down and equalised three times and were brooding over the referee Martin Atkinson’s extension of the action but it is just as significant that they were never able to supress United.

The decider was claimed by the substitute Michael Owen, with an expert finish against the goalkeeper Shay Given after a pass from the superb Ryan Giggs. 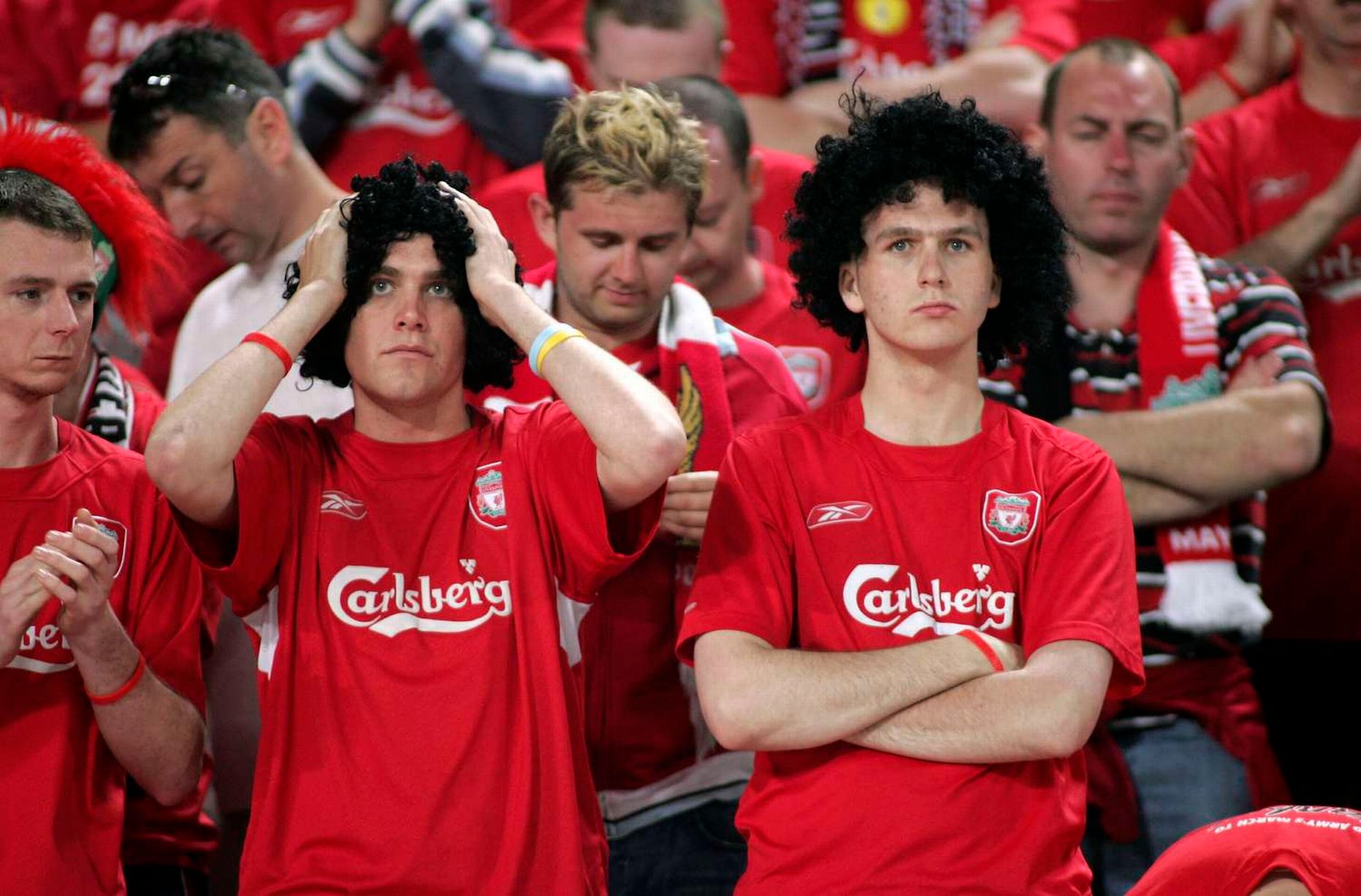 A truly magnificent and legendary comeback on the biggest club stage of all – the 2005 Champions’ League Final. The first 45-minutes saw Liverpool lagging behind by 3 goals and more than that – utterly outclassed by the Italian Giants. 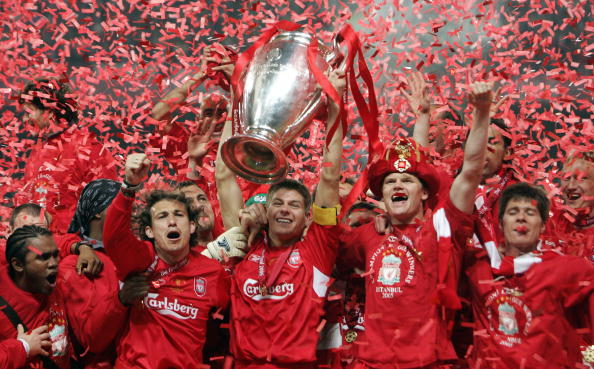 Interestingly, it could easily have been 4 or 5, and Milan seemed to have the psychological advantage and were assured of a triumph. Inevitably, Liverpool fans were also dejected, with some fans leaving the stadium at half-time, thereby missing the best match of their lives. But they should have had more faith in their beloved team as goals from Gerrard, Smicer and Alonso levelled the match up, taking it to extra time and then penalties. Jerzy Dudek brought out the Grobbelaar wobbly legs, saved twice from Pirlo and Shevchenko and Liverpool had claimed an unforgettable and remarkable victory, dubbed the ‘Miracle of Istanbul’.