While planning our vacation we all wish to go to a new place where not many people go, but end up going the same common place which is trending on social media.

So here are some understated tourist-destinations which you may consider this year:

This central European country is rich in history, and was rather the imperial capital of Europe, on par with London. It has a wide variety of holiday-favourite activities, such as skiing, and collection of bona fide musems, and art galleries. Autria’s famous “Royal cuisine” has been derived from the Austro-Hungarian Empire, and has been delivered over centuries. It is a true wonder, with a beautiful diversity of landscapes, including mixed breeds of forests, and scenic villages. 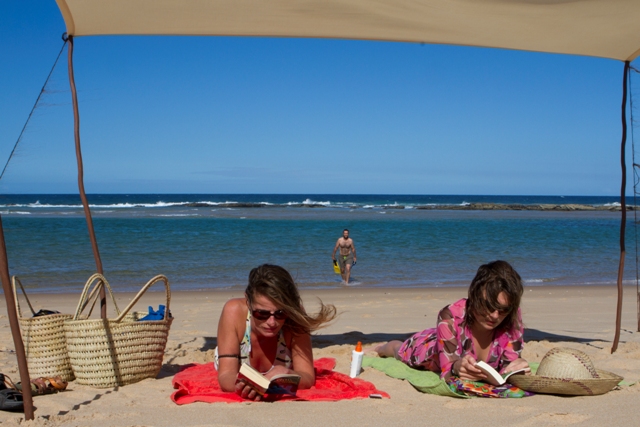 This southeastern African country, with its stunning white sandy beaches, and warm waters of the Indian ocean, is not a sight to miss. The only thing they lag would be the overpopulatedness of other island tourist nations, definitely not something we would miss! Added to that, the safari wonders, and the diverse flora-fauna of Mozambique will fill you with awe. Its colonial architecture, and medieval trading towns, like Sofala, reflect its substantial history.

Located on the eastern side of the Himalayas, Bhutan nestles Asia’s hilly wonders in one small territory. Its culture and environment is known to induce peace and reflectiveness amongst its inhabitants and visitors. It is also known to be a “happy country”. Its beauty ornaments the vibe of the place, and has many wonders such as Gangkhar Puensum, the tallest unclimbed mountain in the world.

ALSO READ: He travels around the with ‘Mom I’m Fine’ sign

A daily tourism fee of $65 is required, which goes for the good cause of the country’s education, healthcare and infrastructure. Hence, even with the tourists, it shares the prestine bond of “make-become happy”.

Malta’s wonderful Mediterranean experience is both cheap and accessible, and nothing less in what it has to offer. Apart from the obvious bodily beauty, you can also enjoy enjoy food and wine, without the excess expense or bureaucracy of Italy. There is also the culture of eating and drinking outside, and has lovely weather all year round. Since, locals speak English, Italian, and Maltese, communication will also not be an issue. With its many culinary delights, and unforgettable architectural beauty, Malta offers an experience that should not be missed.

Direct neighbour to world super power, the United States of America, Canada is more than often overshadowed by it. Canada’s capital city, Vancouver has been named as one of the best cities to live in many a times. Canada has the perfect landscape and climate to support the fandom of skiers and snowboarders. It has also has a dverse culture, with inhabitants from all sides of the world. The national wildlife parks are also a scenic and exploratory wonder, and are in fact also favourably less polulated than those of its giant neighbour.