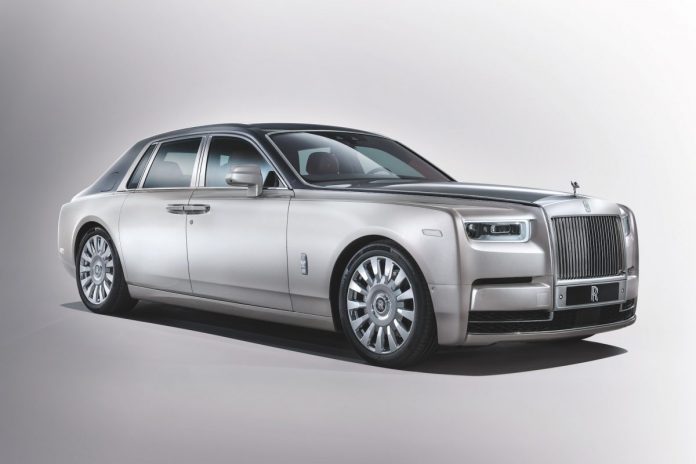 Luxury car manufacturer, Rolls-Royce officially unveiled its newest flagship, the eighth generation Phantom and is the first Rolls-Royce to be built on a bespoke aluminium spaceframe architecture, which will also see use for the company’s upcoming Cullinan SUV.

The Phantom has been fitted with a brand new 6.75-litre, twin turbocharged V12 engine mated to an 8-speed ZF automatic gearbox that produces 570hp but more importantly develops 900Nm of torque at just 1,800 rpm. The torque figure is important because the Phantom weighs in at 2.6 tonnes. Even still, if coasting in luxury gets boring, the Phantom is capable of impressive speeds, doing 0-100kmph in 5.3 seconds with an electronically limited top speed of 250kph.

About coasting in luxury, Rolls-Royce has developed a new self-levelling air suspension system that works in tandem with on-board camera systems that constantly scan the road ahead to constantly adjust the softness of the ride to give its very demanding passengers a butter smooth ride.

In terms of luxury, just about every part of the Phantom’s interiors can be customized to the exact tastes of the buyer. Buyers have the option of speccing the Phantom with either Lounge or Individual seat configurations complimented by console variations for various storage needs. Rolls-Royce have extensively soundproofed the Phantom by employing more than 130 kg of sound-deadening material throughout the car to make the car 60dB quieter than the outgoing generation.

Rolls-Royce has not revealed when the Phantom will be available for order and the price is most definitely going be an on-demand affair owing to the significant customization options Rolls-Royce will offer buyers.