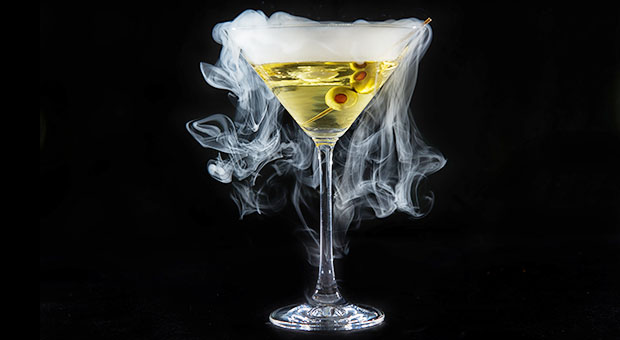 It seems that just cool is not enough for the swish set anymore. They want to be uber cool and literally at that.

So, what did the hip bars do? They stirred up cocktails with liquid nitrogen that look like something out of a sci-fi movie and serve the freezing cold drinks to party-goers and wannabes world-wide.

If you frequent the bars then chances are that you have seen these fantastic looking cocktails which look ethereal with foggy gases swirling around them. Mixed with different colored drinks they definitely make an attractive photo-op. But, drinking them could actually be fatal especially if the drinks are mixed by a novice or if you are in a tearing hurry to gulp it all down in one go.

Don’t believe us? Then, read this, as recently as a few weeks back, a young executive of around 30 years of age, downed a cocktail with liquid nitrogen at a Gurgaon bar and had to be rushed to a hospital. Large parts of his stomach were removed because it was perforated by the freezing cold drink and was beyond repair. The doctor carrying out the operation likened the man’s intestine to an ‘open book’.

Also Read: Delhi man ends up with a hole in stomach after consuming liquid nitrogen at bar

A similar incident was also widely reported from London a few years back. You can watch the news in the video here. So, this was neither the first nor a one-off case.

For now, the Haryana government has banned the use of liquid nitrogen in drinks and food. But, it is freely available in the rest of the country. Just in case you are tempted to try, here’s a little trivia on the chemical that is used in laboratories to cool or freeze chemicals or other perishable commodities. It is also used in hotels, restaurants and on ship for the same purpose.

Decide after you read this till the end whether you want to be cool at the cost of parts of your stomach removed or be smart and avoid something that can disable your digestive system forever.

What is liquid nitrogen?

Known scientifically as LN2, liquid nitrogen is an odourless, colourless, non-flammable cryogen, and an extremely cold chemical – with a boiling point of -196°C.

Known scientifically as LN2, liquid nitrogen is a colourless, odourless clear liquid state of nitrogen, at an extremely low temperature. It is a cryogenic fluid that can cause rapid freezing on contact with living tissue. 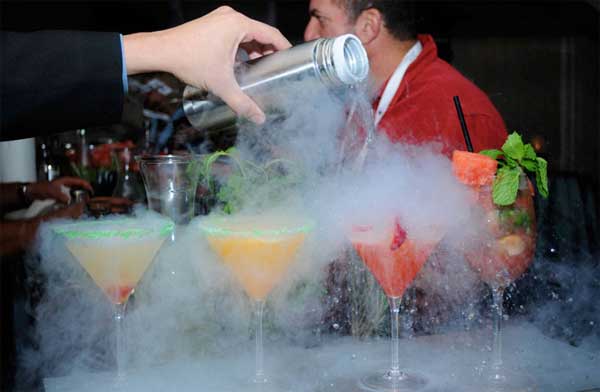 Culinary use of liquid nitrogen

In the recent times, it is used by restaurants in the preparation of frozen desserts, such as ice cream, which can be created within moments at the table because of the speed at which it cools food and gives a magical effect. The rapidity of chilling also leads to the formation of smaller ice crystals, which provides the dessert with a smoother texture.

It has also become popular in the preparation of cocktails as it can be used to quickly chill glasses or freeze ingredients. It is also added to drinks to create a smoky effect, occurring as tiny droplets of the liquid nitrogen, which come into contact with the surrounding air, condensing the vapor that is naturally present. 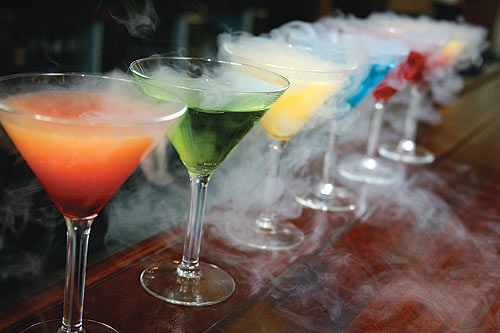 Because of its extremely low temperature, careless handling of liquid nitrogen may result in cold burns. In that case, special gloves should be used while handling. However, a small splash or even pouring on skin will not burn immediately because the evaporating gas thermally insulates to some extent. But, if the liquid nitrogen pools anywhere, it will burn severely.

Ingestion of liquid nitrogen can cause severe internal damage. 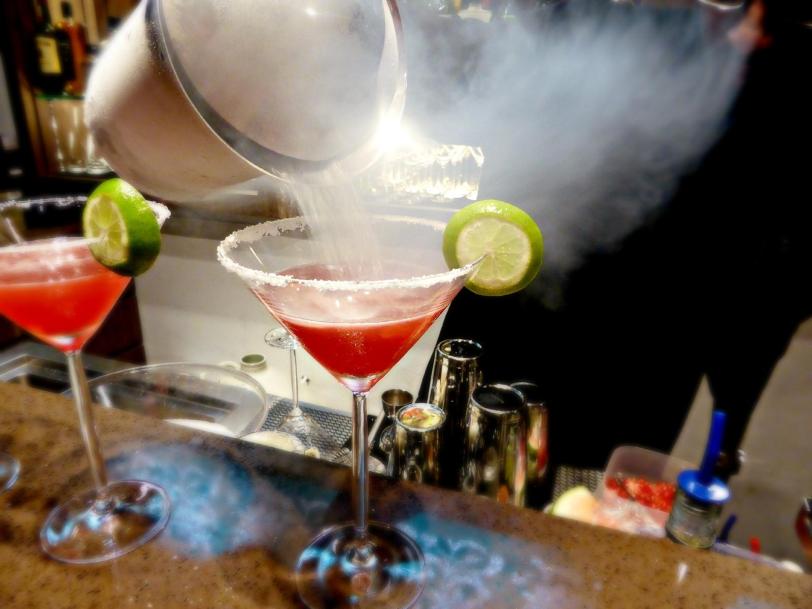 In a BBC interview, science writer and fellow at the Royal Society of Chemistry John Emsley had said if more than a “trivial” amount of liquid nitrogen is swallowed, the result can be horrendous.

“If you drank more than a few drops of liquid nitrogen, certainly a teaspoon, it would freeze, and become solid and brittle like glass. Imagine if that happened in the alimentary canal or the stomach.

“The liquid also quickly picks up heat, boils and becomes a gas, which could cause damage such as perforations or cause a stomach to burst,” he said.

So, a mouthful of liquid nitrogen – which would turn into about 25 litres of gas – could do “catastrophic damage”. Right?

Perhaps in the hands of trained mixologists you still have a chance of surviving this but, a recent survey in India has revealed that most bar tenders who mix this lethal drink are novices who have learned off the Net from YouTube tutorials!

The best way around liquid nitrogen drinks is to have it when the smoke has completely evaporated but, neither the bar tenders nor the drinkers seem to be aware of this rule. As it evaporates, liquid nitrogen releases a large volume of gas, which could ‘burst the stomach’ if consumed in a large quantity. The accidents are an obvious result of that. 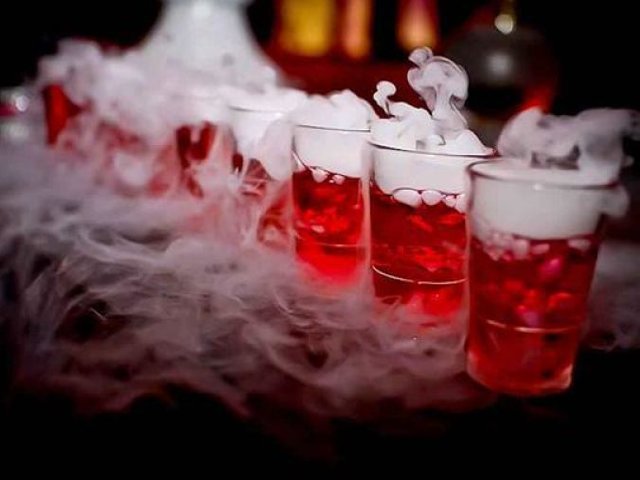