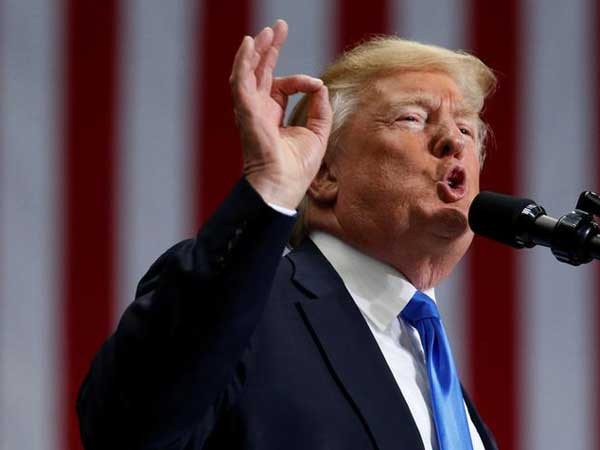 New York [U.S.]: The Senate on Thursday passed sweeping legislation slapping new sanctions on Russia and rebuking President Donald Trump in a bill that now will head to the President’s desk.

U.S. lawmakers on Thursday passed a legislation imposing new sanctions on Russia, Iran and North Korea and that will now head to the President Donald Trump’s desk for his signature.

The bill was approved overwhelmingly by the Senators 98-2 and that gives Congress new powers to block Trump from easing sanctions. It passed the House on Tuesday 419-3.

This is one of the first major bipartisan pieces of legislation passed during Trump’s presidency.

“He may sign the sanctions exactly the way they are, or he may veto the sanctions and negotiate an even tougher deal against the Russians,” CNN quoted Scaramucci as saying.

It was not immediately clear whether Trump would veto the bill, an action that would spark an outcry from both parties and risk a potential override with a two-thirds vote.

Democrats and some Republicans have expressed concerns over the fact that Trump is considering giving Russia back two compounds in Maryland and New York that were seized by the Obama administration in December.

White House Press Secretary Sarah Huckabee Sanders told reporters, “The President would review the sanctions bill. She did not say whether Trump would sign or veto the measure.We’ll review that and let you know what we do.”

Sanctions bill is to punish Russia for its actions during last year’s presidential campaign, as well as Moscow’s military adventures in Ukraine and Syria.