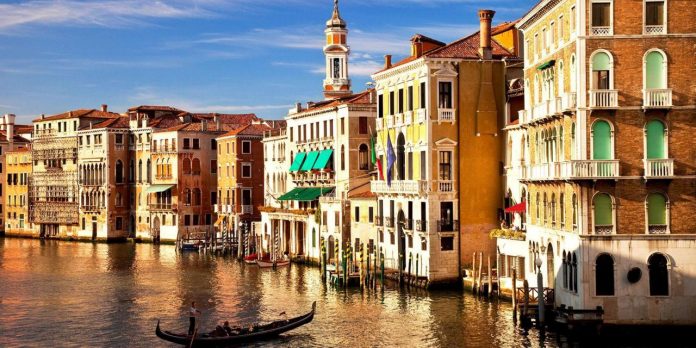 Venice has done what other places could not – tell tourists to play by their rules. According to the reports, the Venetian authorities have unveiled a new campaign, aimed at tourists, to encourage them to behave appropriately in a city which is struggling to cope with the influx of visitors.

Paola Mar, the councillor responsible for tourism, announced that a campaign called #EnjoyRespectVenezia will launch in time for the summer crush. The campaign will be spearheaded across social media, shown on the city council’s website, and provide reminders in the shape of posters around town and flyers at locations like the train station.

The tourists will be reminded not to swim in canals, make picnic stops out of public areas, pause too long on bridges, drop litter, ride bikes through the city or sightsee in bathing suits. Transgressors will be fined anything from EUR 25 to EUR 500.

While talking to the city’s leading daily, Mar said, “The message we have to get through is that we’re not joking. If it gets about that people who do this kind of thing are fined, as well as it being flagged to their respective embassies, perhaps we’ll be able to stop others copying.”

ALSO READ: These seven unexplored heavens will make you pack your bags and rush to them

Last weekend, a group of Belgian teenagers went viral when they posted a video of themselves jumping off the bridge designed by architect Santiago Calatrava into the Grand Canal. They have subsequently apologised for their behaviour. In 2016, a tourist jumping from the Rialto Bridge hit a water taxi and died in hospital.

The new campaign has been a long time in the planning. Last month, Mar told that their “behavioural campaign” would have 12 golden rules – both prohibitory and encouraging, too. “The problem is that Venice is perceived as a beach,” she said. The campaign will be launched in 10 languages, including English, Chinese, Arabic and Korean. It will include suggestions on how to change typical behaviour – including highlighting official picnic areas and public toilets.