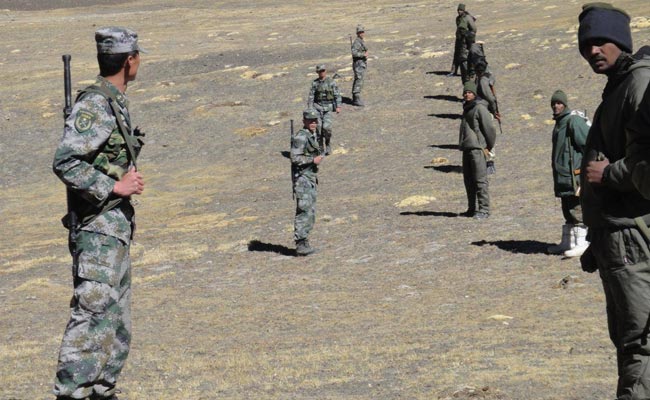 China on Wednesday categorically stated that the withdrawal of the Indian troops from the Doklam border would be a “precondition” for any “meaningful” talks to take place between New Delhi and Beijing.

Rerating Chinese Foreign Minister Wang Yi remarks holding India responsible for the stand-off between the two countries, China’s Ministry of Foreign Affairs (MFA) spokesperson Lu Kang said that the only solution was for “the Indian border troops pulling out unconditionally, and this is a pre-condition for any meaningful talks between the two countries.”

The remark from Beijing comes at a time when India’s National Security Advisor (NSA) Ajit Doval is flying off to China to attend the BRICS security summit. Doval will attend the two-day BRICS meet in Beijing that is scheduled to begin on Thursday. The meet will focus on core issues like counter-terrorism and security.

Meanwhile, Indian and Chinese troops are still locked in the month-long standoff in Doklam and both sides have moved additional troops, ammunition and military equipment to the area.

The People’s Liberation Army (PLA) of China has beefed up its defence in a region south of the Kunlun Mountains under the pretext of conducting a military exercise near Tibet.

Hardware has been moved simultaneously by road and rail by China’s western theatre command, which oversees the restive regions of Xinjiang and Tibet, and handles, among others, border issues with India, media reports have said.

This show of strength is being projected by Beijing as a warning to India by China to back off from its objection to China constructing a road at the Doklam tri-junction.

Earlier, the External Affairs Ministry of India (MEA) reiterated that differences between India and China should not and would not be allowed to become disputes, and added that communication between the two governments have never ceased, nor have been broken.

The stand-off emerged after Chinese troops were stopped by the Indian Army from constructing roads at the Doklam border.