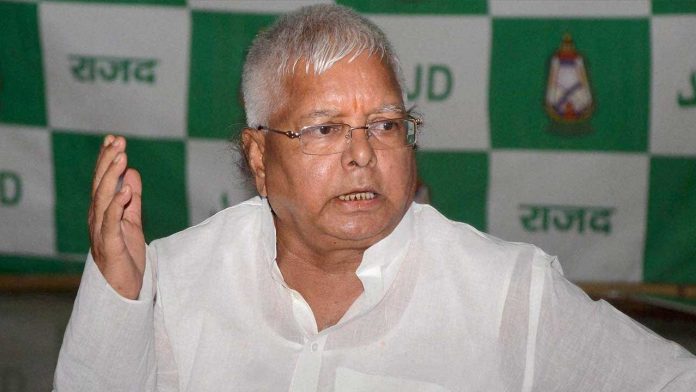 RJD chief Lalu Prasad Yadav accused Nitish Kumar of serious charges, citing it as the reason behind his resignation as the Chief Minister of Bihar on Wednesday.

Justifying his son Tejaswi Yadav’s charges, he alleged that if Tejaswi Yadav has charges on him then Nitish Kumar has more grave charges to defend.

“When he initially split with the BJP, he had said he would die instead of joining hands with the BJP. I spoke to him last night, and he did not indicate he could resign,” Lalu Yadav said.

“There was no requirement for public explanation against the CBI raids. We have already given explanation on corruption and other charges,” he added

ALSO READ: I have quit the case of ‘liar’ Arvind Kejriwal: Jethmalani

Lalu Yadav also said that Nitish Kumar wants to impose president’s rule in the state, but he wants JD(U) to review the decision and elect a new leader in the state.
Earlier, Nitish resigned from the post of Chief Minister of Bihar by citing the reason of resignation due to the failure of “Grand Alliance”
ShareTweetGoogleWhatsappPrint
Mail