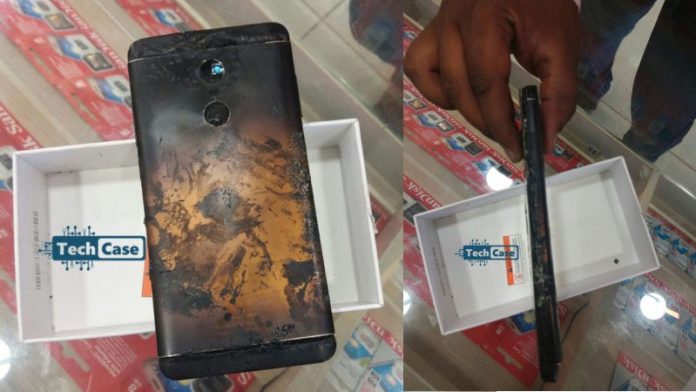 The phone caught fire when the shopkeeper was trying to insert a SIM card into it, according to reports. Most of these explosions are usually caused by overheating or overcharging, but the phone wasn’t connected to any external device or charger.

According to reports, Xiaomi India has “replaced the customer’s damaged unit with a brand new Redmi Note 4,” but could not validate the authenticity of the viral video.

In their investigation, the company found that the damage was “due to the use of faulty third-party charger used by the customer.”

This is not the first case of explosion related to Xiaomi phones. Last year, a man from Uttar Pradesh shared a CCTV footage on Facebook with a detailed post on how his Xiaomi Mi 4i smartphone caught fire when he was “using his phone sitting at his office desk.”

You can watch the viral video here: