Home Science & Tech Microsoft Paint is not going away, will be available on Windows Store... 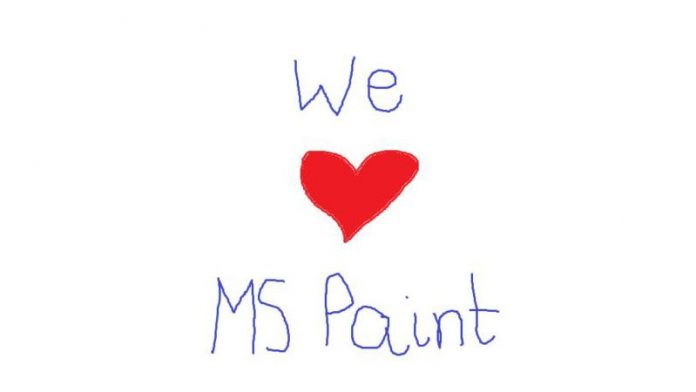 Microsoft faced a huge backlash when the Window 10 Updates Fall creators did not mention about the most beloved and one of the first image editing tools, MS Paint in the list. The nostalgia kicked in and people went upset by hearing the news about the end of MS Paint. However, rejoice for all the Paint fans as the company has clarified that they are not killing the MS Paint program and it will there as an option in Window Store download.

While the MS Paint was being mentioned in the deprecated column in the released list, people began speculating its end. Microsoft said “MS Paint is not going away. In addition to the new 3D capabilities, many of the MS Paint features people know and love like photo editing and 2D creation are in Paint 3D – the new app for creativity, available for free with the Windows 10 Creators update. In the future, we will offer MS Paint in the Windows Store also for free and continue to provide new updates and experiences to Paint 3D so people have the best creative tools all in one place.”

ALSO READ: Travel buffs must go on a journey with Google Expedition

The Paint program was started in 1985 and it started saving JPEG format a decade later  The recent update was in Windows 7 which was appreciated by the Window users. the MS Paint app will be integrated into the company’s Paint 3D app, which was introduced to Windows with April’s Windows 10 Creators Update, according to Microsoft. It will help Microsoft to promote the advance version of 3D Paint app, while the Paint will be present in the Window Store download list as an option.