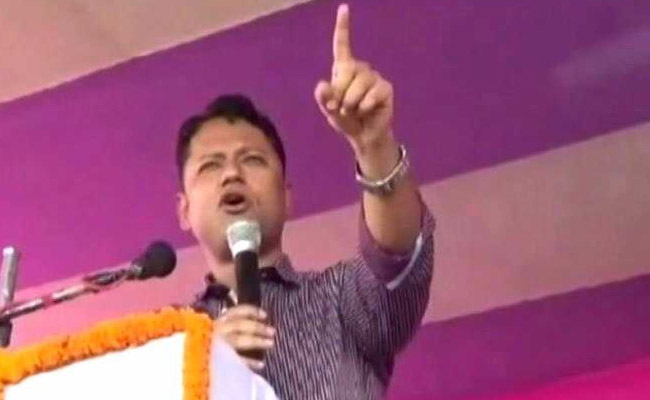 A government officer in Bihar just went too far while urging people to build toilets at a public meeting and said that “Sell your wife,” Kanwal Tanuj, the District Magistrate of Aurangabad, snapped when a villager said he was too poor to build a toilet.

He was on a cleaning drive for the ‘Swacch Bharat Mission’ when he made the comment. Speaking at a village against open defecation, he began by linking toilets with the dignity of women. “It costs 12,000 to build a toilet. Raise your hands and tell me… whose wife is worth less than 12,000?”

A voice piped up from the gathering: “I don’t have money to build a toilet.” Mr Tanuj, apparently irritated, bit back, “I will talk to you. If that is the case then sell your wife. If that is your mentality then go and auction the dignity of your home.”The officer was speaking about the “Ghar Ka Samman” scheme in which Nitish Kumar owes 12,000 RS for building toilets.

“If you are an IAS officer, it does not mean that you can say anything,” said Samajwadi Party’s Juhi Singh. Rajeev Ranjan of Bihar’s ruling Janata Dal (United) said: “(the officer) has a good image but somewhere his words were not right and he has not able to convey what he wanted to say.”