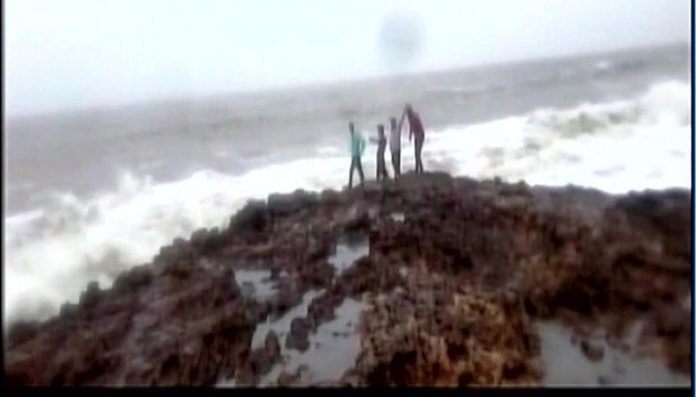 Diu: A holiday turned tragic when at least three persons were feared to have drowned in the Arabian Sea on Sunday after getting swept by a high tide, while taking a selfie sitting atop a rock near Nagao beach in Diu, police said.

Another person, who was also swept away, managed to swim back to the beach, an official of Diu police station said.

Five persons — all from Rajasthan — who worked at Kevadi on a construction project in the district, were visiting Diu on a holiday.

While one of them was taking their video on his cell phone, four others, sitting on a rock near the beach, were busy taking a selfie when a high tide measuring around 25 feet swept them away, said Diu police station official Dhanji Jadhav.

One person managed to swim back, but three others were missing and feared drowned. Our efforts are on to search for them, Jadhav said, adding a missing case was registered.