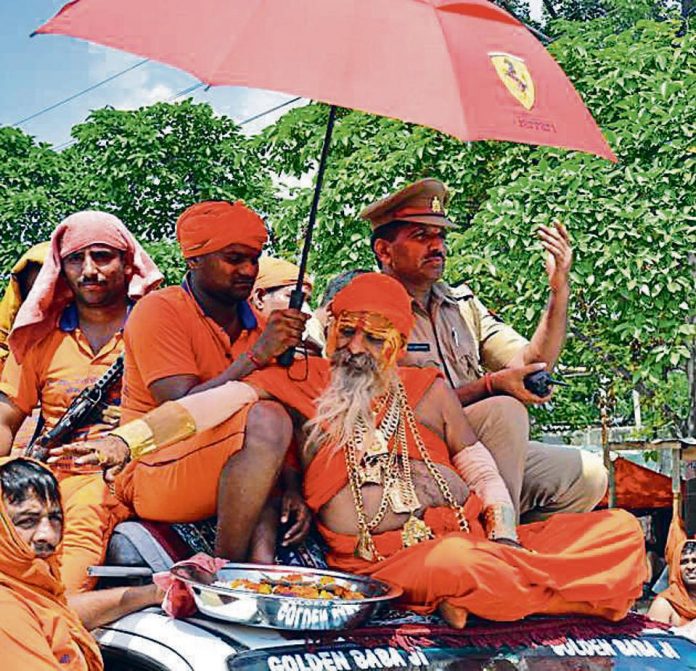 Golden Baba is a well-known name among the kawariyas. Unlike other kawariyas, who make their yatra wearing just an orange piece of cloth which they consider auspicious, this baba is all about bling and flaunt.

Sudhir Makkar, makes his Kanwar yatra wearing 13 Kg of gold chain with different deities and a Rolex watch worth Rs 27 Lakh. He travels to Haridwar Sitting atop an SUV which is one among the cavalcade of 16 vehicles that accompany him.

Land Rover, Jaguar, Hummer can be spotted in his cavalcade. He is accompanied by 18 bouncers on his annual pilgrimage. He has reduced the weight of his gold chains at it has affected his nerves. Before moving to spiritualism, Golden Baba owned a successful cloth and property business in Gandhi Nagar bazaar. He owns a luxury apartment in a high rise of Indirapuram.

The initial years were however difficult for Makkar, as he used to sell beads at Haridwar and then his business flourished after years of hard work. Golden Baba has no children and he is worth 150 Crore, according to his devotees.