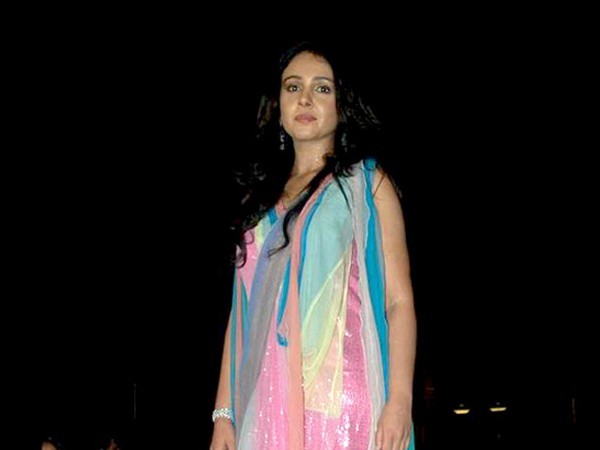 Lucknow (Uttar Pradesh) [India]: A day after singer-actress Suchitra Krishnamoorthi labeled Azaan on loudspeakers ‘uncivilized’, the Samajwadi Party mocked the former saying her sleep is more important than the prayer.

“Such irresponsible comments have been made in the past also. I am unable to understand what kind of people they are. I would like to know how does azaan, which otherwise purifies you on hearing, bother her. May be her sleep is more important,” SP leader Juhi Singh told ANI, on Monday.

Krishnamoorthy, on July 23, tweeted complaining about the sound of azaan after reaching home early in the morning.

“came home at 4.45 am 2 most aggressive/ ear shattering call of azaan. Nothing more low life & dumb than such extreme imposed religiosity,” (sic) she tweeted.

came home at 4.45 am 2 most aggressive/ ear shattering call of azaan. Nothing more lowlife & dumb than such extreme imposed religiousity

However, the singer had to face the wrath of Twitterati, who started commenting on her post.
To one such tweet, Krishnamoorthi said waking up the entire neighborhood at five in morning is uncivilised.

“I wake up at Brahmamuhurt of my own accord & do my prayers & riyaz.& yoga. I don’t need public loudspeakers to remind me of my God or my duty,” (sic) she said.

“Nobody objects to azaan or prayers during decent hours. But to be waking up entire neighborhood at 5 am is not civilized,” (sic) she added.

However, this is not the first time that an opinion like this has come up.

Earlier in April, singer Sonu Nigam had tweeted a similar opinion, dubbing use of loudspeakers for broadcasting sermons and calls to prayers as hooliganism.

“God bless everyone. I’m not a Muslim and I have to be woken up by the Azaan in the morning. When will this forced religiousness end in India,” Sonu had tweeted.

“Gundagardi hai bus (it is hooliganism),” he added.

However, Sonu later apologized for the same but clarifying that his intention behind tweeting about being woken up by the sound of azaan was to raise a social issue, and not a religious one.