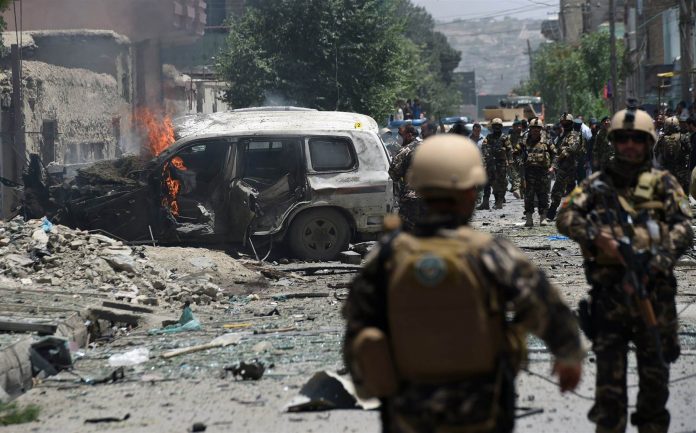 The Taliban has claimed responsibility for a deadly suicide car bombing that has claimed the lives of 38 people so far and injured several more people on Monday. The bombing was targeted against a bus carrying government officials from the Ministry of Mines and Petroleum.

The bombing took place during traffic peak hours and the explosion is reported to have destroyed the bus, along with other vehicles and stores in the area. Authorities have stated that the death toll is expected to rise.

Afghanistan suffers from frequent terror strikes and bombing, claiming many lives in the process. In May earlier this year, a truck bomb explosion near the diplomatic area in Kabul claimed more than 150 people and injured hundreds more.