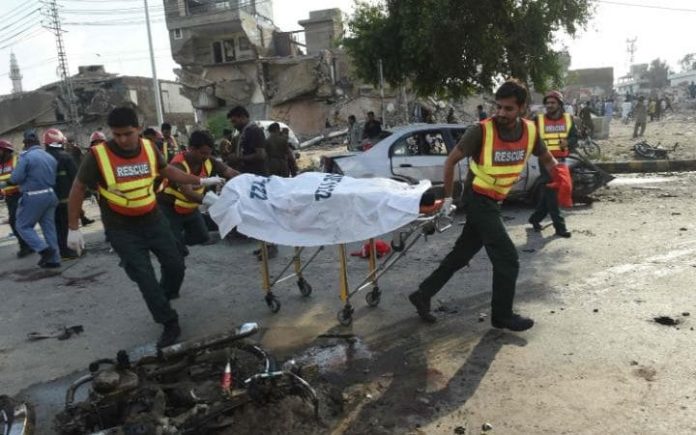 An explosion near the Arfa Karim Technology Park on Ferozepur Road in Lahore on Monday has claimed the lives of 25 people and injured 52 others. According to police officials the blast was targeting police officials who had been deployed to clear people from the area.

Security forces have cordoned the area and are investigating to determine the cause of the explosion. Emergency services were quick to respond to the deadly attack, arriving at the scene within six minutes of the attack.

Several vehicles were also reported to have been damaged in the blast. No terrorist group has so far claimed responsibility for the attack. The death toll is expected to rise