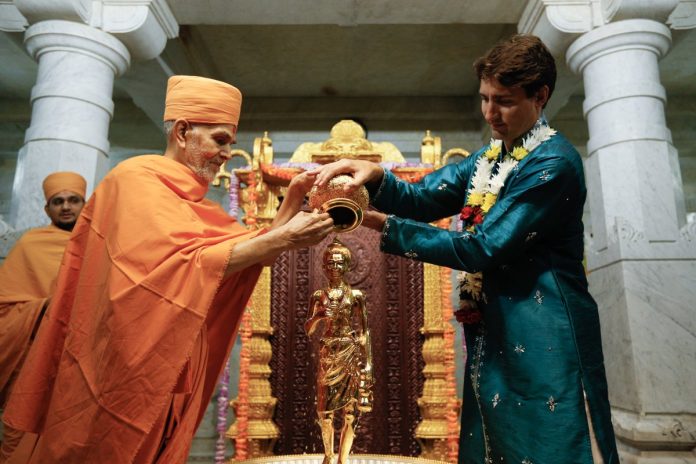 The Canadian Prime Minister, Justin Trudeau attended the 10th anniversary of the BAPS Shri Swaminarayan Mandir in Toronto today and hailed the temple as an architectural masterpiece and a place for communal harmony.

Looking dapper in a traditional Indian blue kurta and pajama, complete with a flower garland around his neck, the Prime Minister immersed himself in the rituals and celebrations.

The BAPS Mandir is more than an architectural masterpiece – It’s truly a place for community. Happy 10th anniversary! #bapstoronto10 pic.twitter.com/kh5S1T3oIE

A focal point of community engagement & a symbol of friendship between India & Canada.Addressed the thousands gathered at the @BAPS Mandir pic.twitter.com/DGlCi8663L

His Holiness Mahant Swami Maharaj received a key to the City of Toronto from Mayor John Tory Saturday evening.

“I am honoured to recognize his Holiness’ global and Toronto-based humanitarian, charitable, and community-building efforts through BAPS Charities Canada. His Holiness’ great contributions have enriched Toronto,” Mayor Tory said in a statement. 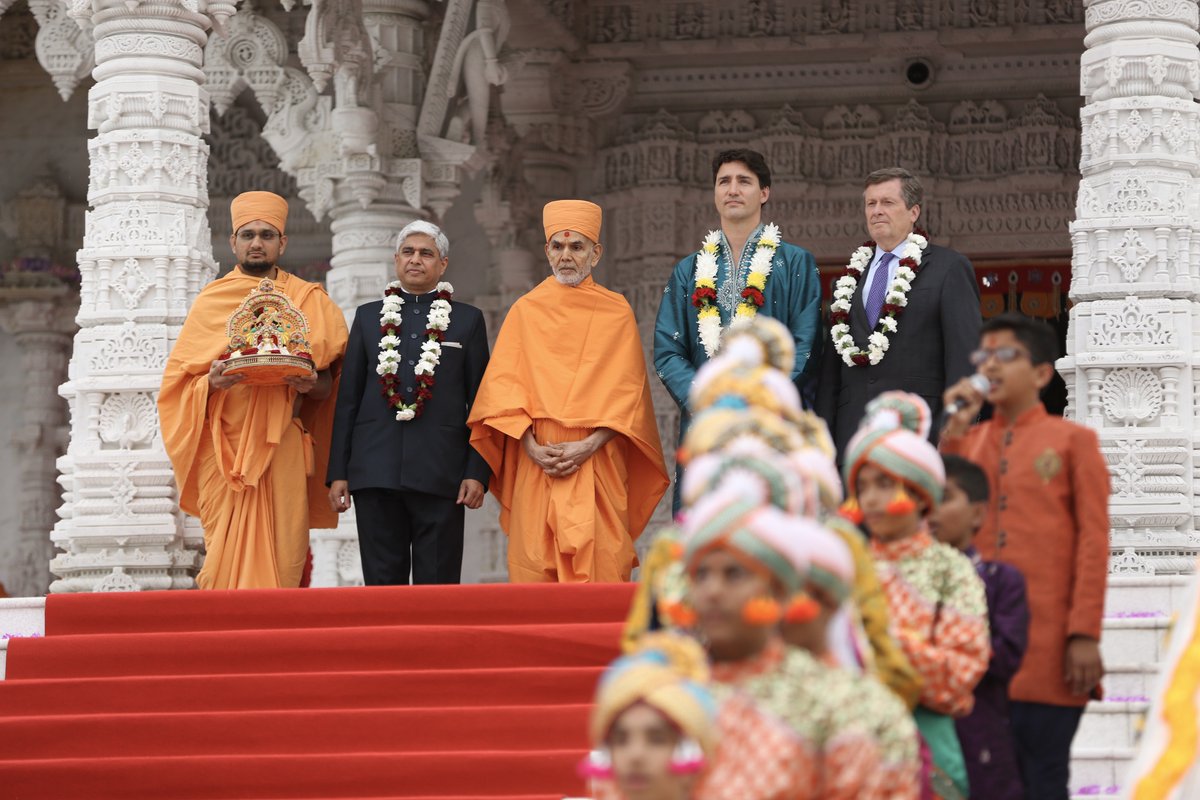 Bochasanwasi Shri Akshar Purushottam Swaminarayan Sanstha (BAPS) is a socio-spiritual Hindu organization with its roots in the Vedas.

According to its website, its universal work through a worldwide network of over 3,850 centers has received many national and international awards and affiliation with the United Nations.