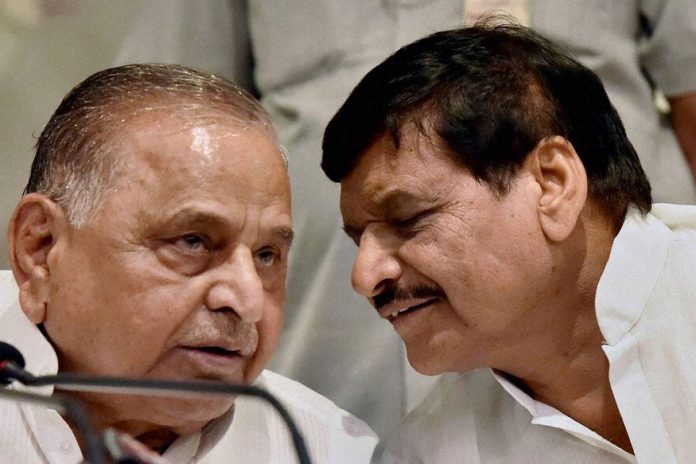 No matter how profoundly you scorn politicians, you would agree with two facts. First
politics is no guileless business and second, politics is a 24×7 occupations.
Complacency has no place in the politics because there is no everlasting rhetoric to garner
support of the voters. One has to continuously scan the political ecosystem and adjust his
narrative in order to keep it synced with the environment. If you fail to do so, downfall in
imminent.

Let’s not go too far back; just look at the recent events in during past three weeks:

2. In many states, there were cross voting during presidential election in favour of
BJP’s candidate.

3. Arvind Kejriwal has become tight-lipped all of a sudden his tirade against Modi has
vanished in a flash.

4.  Mayawati resigned from Rajya Sabha, ostensibly on the ground that she was not
being allowed to speak on the issue of atrocities on dalits.

6. Congress skipped GST roll out on 30 th June 2017 in the parliament on a ground
which hardly made any sense.

These events are mutually exclusive to each other per se, but they all indicate one
common thing that how opposition is losing narrative across the country and how BJP is
heading towards a long lasting hegemony. Famous writer and historian Ramchandra Guha, who as such is an intense Modi baiter, said last year “you like it or not, BJP would dominate the country for couple of decades at least”. These incidents list above manifest exactly the same thing, what Guha said.

If you carry out the root cause analysis behind these incidents, everything bowls down to
one thing. All these non-BJP parties are not able to renew or revitalize their political
narrative for voters and now when losing ground, they are taking desperate measures to
save ground to remain relevant (Mayawati’s resignation is the most glaring example),
which is making situation even worse. They all are imploding and there is no respite visible
in near future.

These parties epitomize Ostrich Syndrome in true sense. The writing was on the wall but
you are looking at sky and living in a self-denial mode. This has costed them heavily. In
2014, when SP and BSP had serious drubbing in LS polls, they consoled themselves with an
out-dated argument that it was one-off instance of Modi wave and moreover it was
general election. But then situation remained same during 2017 UP polls. SP and BSP
could not realize that if you don’t learn from mistakes, end is unavoidable.
The tried and tested Muslim – Yadav strategy of SP and core dalit vote bank of BSP has
busted quite emphatically. Mayawati has just left with few Jatav dalit votes, rest all have gone.

But their leaders remained stuck to the same narrative and now these two parties
who once ruled the largest state of country, are at the brink of complete downfall.
Congress on other hand is going on a single track ever since they were thrown out of
power in 2014. Oppose it just for the sake of it and in the process they are only doing self-
goals. Passion in top leadership is missing. During last month, leaders of Gujarat Congress
visited Rahul Gandhi and requested him to camp in poll bound Gujarat to provide impetus
of the prospects of Congress; he went abroad instead purportedly to take care of his
grandparents.

Nitish Kumar has recently called a spade a spade. Nitish suggested clearly that mere
opposition would not work; Congress should lead the pack of all parties with a genuine
blue print in hand if they want to do something in 2019. On other hand take Modi and Shah. The due is relentlessly working to keep their political narrative in sync with the political ecosystem and with the aspiration of voters.

They know that BJP would need new territories in 2019 as anti-incumbency bound to have its effect in its traditional playground in northern India. Shah therefore is working hard to spread wing in south India and north eastern states. Moreover Narendra Modi knows that
demonetisation and GST might have alienated BJP’s traditional bania/business community
vote bank, he therefore is wooing dalits/mahadalit and doing it successfully.

He perfectly timed GST implementation as 2019 is two years away he would get time to offset side effect of GST and to cajole disgruntled voters due to trouble caused due to GST.
You may be diehard Modi critic but at least you can learn from him the art of building
narrative and continually improve yourself in this dynamic political scenario in India.

Famous management guru Jack Welch once said “When the rate of change outside is more
than rate of change inside, end is in sight”. This is valid everywhere including politics. Non
Non -BJP parties need to take cue out of it. If your narrative and rhetoric is not evolving
with time, be ready to slip in to oblivion. Time is running thick and fast. You need to act swiftly.