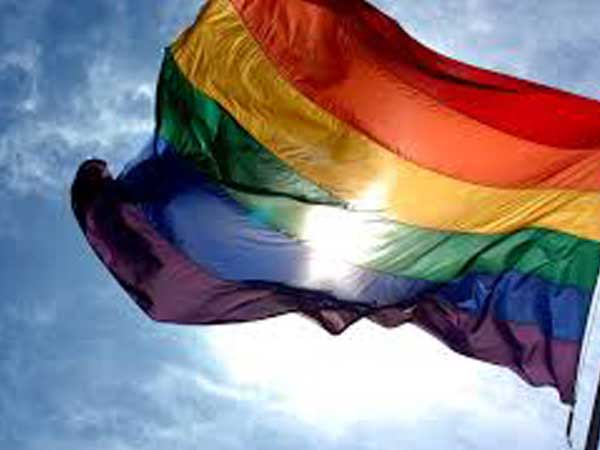 The Parliamentary Standing Committee on Social Justice And Empowerment, headed by the Chairperson Ramesh Bais, in its report presented in the Lok Sabha has asked the Government to clearly define a transgender person.

The Committee in its 43rd report has asked the Government to consider suitably incorporating the committee’s suggestions in “The Transgender Persons (Protection of Rights) Bill, 2016” which will have a direct bearing on the welfare of transgender persons.

Here are the highlights of the historic report of the Committee:

– The eunuch has a recorded history of over 2,000 years, are ubiquitous in India, standing out in crowds throughout the length and breadth of the country.

– The term ‘eunuch’ refers to only those people who wish to be treated as neither male nor female and embrace a lifestyle that is in conformity with their sexual divergence.

– For most Indians today, eunuch are ‘diabolic creatures’, a source of eternal disgust and perennial fear.

‘Hijra’ – The word used to abuse

– They are looked upon as hapless and strange creatures, bereft of sexual potency.

– This is evident from the way the word ‘hijra’ is used in the day-to-day conversations of people. It is often found being used to abuse people.

– Even dictionaries in Hindi define hijra in derogatory terms. The very utterance of the word carries with it an obvious sense of denigration. In India, they are a stigmatised, socially marginalised and economically impoverished people.

Not intersex male or female

– This group does not include those intersex people who pretend to lead their lives as either males or females and embrace a normal lifestyle.

– Intersexual people are not visibly distinguishable in the West.

– India and other South Asian countries are the only places where the tradition of eunuchs is prevalent today.

– Eunuchs in the Indian subcontinent are found to dress and behave differently, in addition to living apart in bands and groups.

– The number of eunuchs in India is around 19 lakhs approximately, as of March 1, 2011, according to a survey carried out by Salvation Of Oppressed Eunuchs (SOOE).

– However, as per Census of India 2011, the population of persons who have registered as ‘others’ as their gender (Neither male nor female) constitutes 4,87,803 only.

Status in the society

– The transgender community is one of the most marginalised communities in the country because they do not fit into the general categories of the gender of male or female.

– The transgender face problems ranging from social exclusion to discrimination, lack of education facilities, unemployment, lack of medical facilities and so on.

– They face problems ranging from social exclusion to discrimination, lack of education facilities, unemployment, lack of medical facilities and so on.

– The discrimination based on their class and gender makes the ‘Transgender’ community one of the most disempowered and deprived groups in Indian Society.

– The Constitution of India under Article 14 guarantees to all persons equality before law, Clauses (1) and (2) of Article 15 and Clause (2) of Article 16, inter alia prohibit in express terms discrimination on the ground only of sex and sub-clause (a) of Clause (1) of Article 19 ensures freedom of speech and expression to all citizens, yet the discrimination and atrocities against the transgender persons continue to take place.

Recommendations of the Parliamentary Standing Committee

– A transgender person should have the option to choose either ‘man’, ‘woman’ or ‘transgender’ as well as have the right to choose any of the options independent of surgery/hormones.

– The Bill must recognise transgender persons’ right to marriage, partnership, divorce and adoption, as governed by their personal laws or other relevant legislation.

– A definition of ‘discrimination’ should be included, in Chapter I of the Bill which must cover a range of violations that transgender persons face.

– No child who is a transgender shall be separated from his or her parents or immediate family on the ground of being a transgender except on an order of a competent Court, in the interest of such child.

– However, a Transgender Person, after becoming an adult may have his choice of residing anywhere.

– Where any parent or a member of his immediate family is unable to take care of a transgender child or the child does not want to live with them, the competent court shall make every effort, if need be, by an order, to place such child with his or her extended family, or in the Community in a family setting or rehabilitation centre.

– The District Magistrate shall issue a certificate of identity the gender of such person only as ‘transgender’.

– The Bill is silent on granting reservations to transgender persons under the category of socially and educationally backwards classes of citizens.

– The Bill does not refer to important civil rights like marriage and divorce, adoption, etc, which are critical to transgender persons’ lives and reality, wherein many are engaged in a marriage like relations, without any legal recognition from the State.

– There should be separate HIV Sero-surveillance Centres since hijras/transgenders face several sexual health issues operated by Centre and State Governments. (

– There should be a provision to provide the transgender persons separate public toilets and other such facilities.

– There should be counselling services provided to the transgender persons to cope up with trauma and violence on the model of Rape and Crisis Intervention Centres.

– Helping for career guidance and online placement support should be established.

– A provision providing penal action against abortions of intersex foetuses and forced surgical assignment of the sex of intersex infants should be there in the Bill.

– The Bill must recognise transgender persons’ right to marriage, partnership, divorce and adoption, as governed by their personal laws or other relevant legislation.

– A census for transgender persons is a separate exercise from the drafting of guidelines for self-registration. The Census can be proceeded with independently