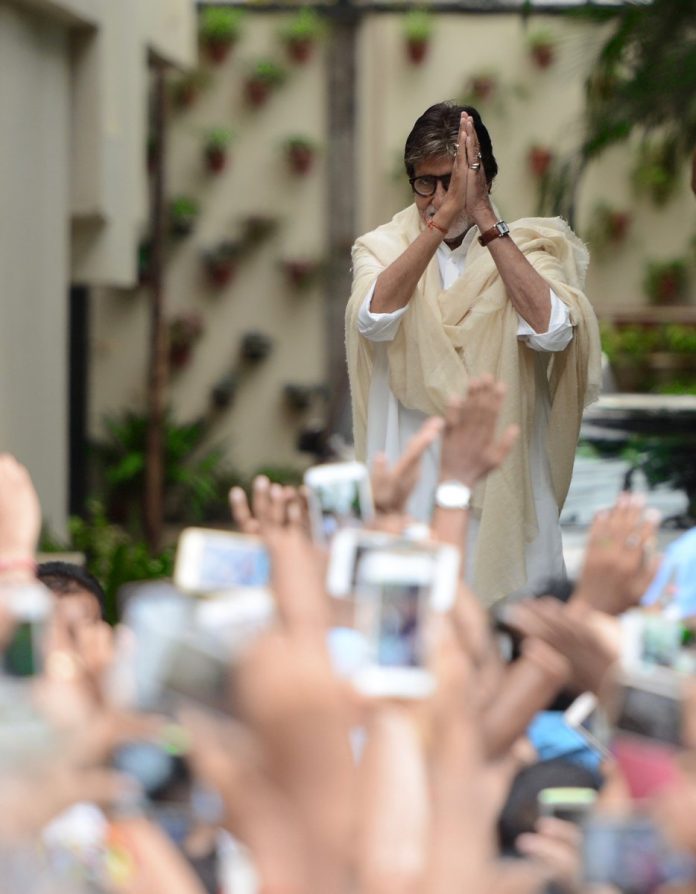 The undisputed king of social media, megastar Amitabh Bachchan has touched the 28 million mark on Twitter.

The Shahenshah of Bollywood took to his Twitter account to thank his fans and well wishers and wrote, “28 MILLION on Twitter .. !!! this is just the love and affection of well wishers .. thank you all .. NEXT 30 MILLION !! hehe”

Some of the actor’s fans also took to Twitter and shared their excitement which were also acknowledged by the megastar by retweeting.

On the work front, Big B is currently working on ‘ Thugs of Hindostan’ alongside Aamir. He will also be sharing screen space with his old friend, Rishi Kapoor in ‘ 102 Not Out’.