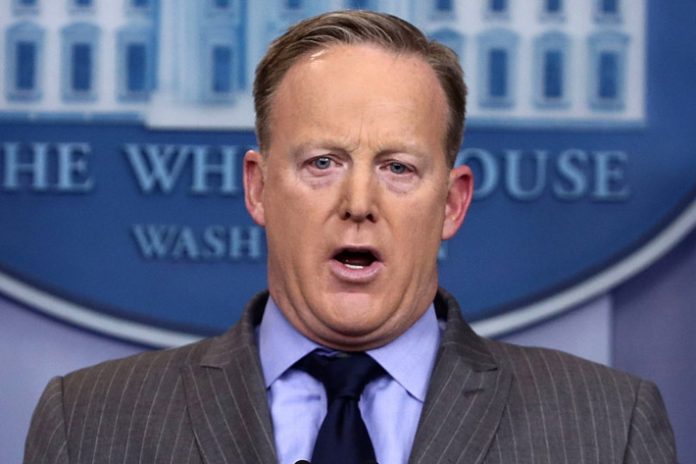 President Trump, according to the New York Times, offered Scaramucci the job and requested Spicer to stay on, but latter reportedly told Trump that he believed the appointment was a major mistake.

Before his appointment as White House Press Secretary, Spicer was communications director of the Republican National Committee from 2011 to 2017, and its chief strategist from 2015 to 2017.

As White House Press Secretary, Spicer drew criticism for making numerous false or controversial statements, as well as for displaying combative behavior with the press.

From 2000 to 2001, Spicer was the communications director on the House Government Reform Committee, and from 2001 to 2002 he was director of incumbent retention at the National Republican Congressional Committee (NRCC).

From 2003 to 2005, Spicer was the communications director and spokesman for the House Budget Committee.He subsequently was the communications director for the Republican Conference of the U.S. House of Representatives, and then, from 2006-09, was the assistant for media and public affairs at the Office of the United States Trade Representative in President George W. Bush’s administration.

From 2009 to 2011, Spicer was a partner at Endeavor Global Strategies, a public relations firm he co-founded to represent foreign governments and corporations with business before the U.S. government.