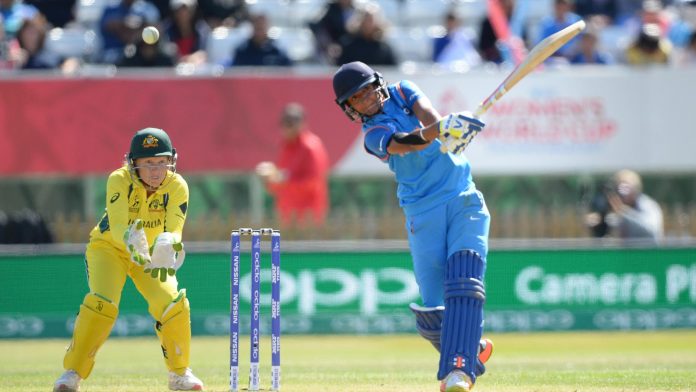 The Indian women’s team dominated over defending champions Australia in the ICC Women’s World Cup 2017 semifinal match by defeating Australia by 36 runs. India looked comfortable as they sealed the win to progress to the finals against England on July 23.

India won the toss and chose to bat first in a match that was delayed by rains and shortened to 42 overs. The Australian team did well in the early stages of the game to attack the openers, claiming the wickets of Smriti Mandhana first and then Punam Raut. The match however turned completely in India’s favour with Harmanpreet Kaur singlehandedly taking India’s total to 281. Kaur first built a partnership with skipper Mithali Raj, until her wicket was taken. Raj scored 36 before getting bowled out but not before taking India past 100.

Kaur dominated the game to score 171 not out off 115 balls against Australia, punishing the Southern Star bowlers to score seven sixes and 20 fours. Kaur’s time at the crease helped India post a lofty target of 281, losing only four wickets.

The Australian innings got off to a shaky start with the Southern Stars losing early wickets. Beth Mooney and Australian captain Meg Lanning were dismissed quickly. Elyse Vellani and Ellyse Perry stabilized Australia’s innings with a strong partnership before the wickets tumbled. Alex Blackwell did well to score 90 and bring Australia close to victory before being bowled by Deepti Sharma.

This is the second time the Indian Women’s team has reached the finals and they will be hoping to lift their maiden World Cup title which has so far been won either by England or Australia.