Indian roads are always criticized for its ill maintenance and faulty construction, but what is even more surprising that some of these roads with a massive crater like potholes are sometimes dealt with an unprofessional manner. One of the examples came to light when a resident of Gurugram posted a photograph of a pothole covered with raw cement blocks near Goodearth Mall in Sector 50 of Gurugram. Not only it looks ugly, it serves no purpose at all. 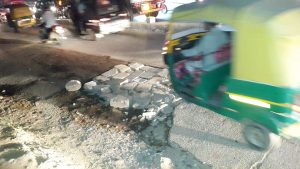 It is definitely one of the useless solutions from the MCG (Municipal Corporation of Gurgaon) to deal with potholes and it deserves the worst innovation award. 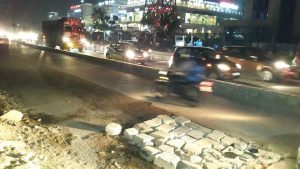