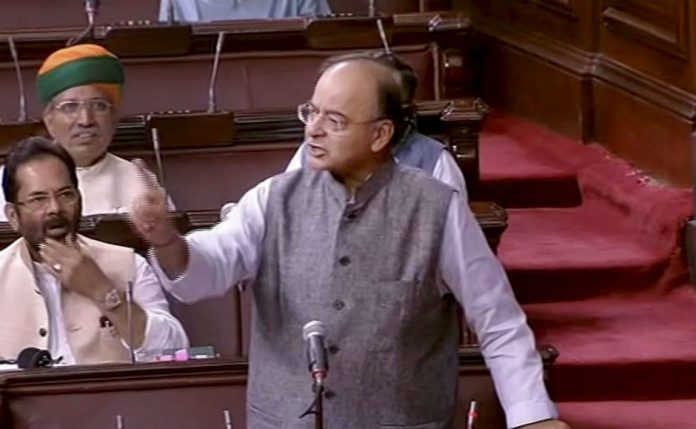 One of the recurring matters of debate emerging in the current Monsoon Session of the Parliament is the increasing cases of mob lynchings emerging across the country. the Opposition had raised the issue in both Houses of Parliament. On Thursday, Leader of the House, Arun Jaitley gave a strong reply on the government’s stand on the issue.

In his address to the Rajya Sabha, Jaitley asserted that the Central government did not condone or support mob violence, especially lynchings in the name of cows and that of Dalits. He further stated that mob violence of this nature “can never be a partisan issue.”

On the queries of the government’s action on the issue, Jaitley stated that criminal investigations by the police were carried out in all cases of mob violence and that many people involved in these instances of violence have been arrested and are awaiting prosecution. He further added that the Central government was prepared to provide assistance and advice in cases where the response of the state government and authorities was proving to be ineffective.

Even with the BJP-led NDA government’s continued condemnation of mob violence, the Opposition continues to hold that the government is not doing enough to prevent mob violence and their response to the cases has been well below satisfactory.